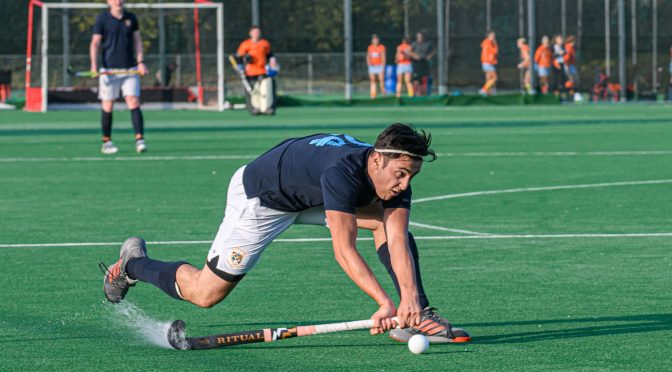 With the arrival of the October holidays, only teams in National and Regional leagues are in action on Saturday. Then the following day, sees respective cup competitions taking place, with four of our teams involved.

Clydesdale Men’s 1st XI will be keen to bounce back from last Saturday’s Men’s Premiership defeat to Edinburgh University when they host league champions Grange 1s at Titwood from 4.00pm.

The M1s suffered a 3-2 loss to Uni at Peffermill, arguably a harsh loss given the good hockey on show from Ciaran Crawford’s side. Their opponents for tomorrow, Grange, are just off the back of a Euro Hockey League campaign that ended at the hands of Irish side, Three Rock Rovers. Last season’s league and Play-Off champions still have a 100% record in the Men’s Premiership season, having thrashed Kelburne and comfortably beat Watsonians.

Last season’s meetings between the two sides saw Struan Walker cancel out a Grange goal in a 1-1 draw in September 2018. Fast forward to March of this year, Grange – who had already been crowned champions the day before – then beat Clydesdale 3-0 at Fettes College.

Clydesdale Western 1s will hope to maintain their 100% start to the season in the Women’s Premiership when they face last season’s champions Edinburgh University 1s for a 2.30pm PB at Titwood.

The L1s notched up their third straight win after winning 1-0 against fellow league challengers and last season’s Play-Off champions, Western Wildcats. Uni, on the other hand, are rebuilding their season after a 4-3 opening day loss to Watsonians. The students have since followed up that defeat with two straight wins.

‘Dale Western Coach Derek Forsyth is able to welcome back defender Laura Paul and Scotland internationalist Karin Belch to his side, having missed the previous weekend.

The title rivals last played at Titwood in November 2018 – with captain Frances Lonergan hitting a penalty corner to seal a 1-0 win. Uni then won the return fixture 2-1 in March 2019, which ultimately set them on the comeback trail to regaining the title. The two sides played the following day – as they will this weekend – in the Scottish Cup, with the students winning 2-0.

Only three other Clydesdale & Clydesdale Western teams are in action as a result of the October holidays, one of which are at home.

Clydesdale Western 3s are hoping to build on their excellent start to the Women’s Championship Division One season when they host Stirling University 1s from 1.00pm. The L3s have two wins and a draw to their name, but their opponents for tomorrow did take a point off the L2s the previous weekend.

As well as that draw, the L2s will still be smarting from their 1-0 loss to the L3s two weekends ago in the same league. They will be keen to avoid any more slip ups in a bid to keep pace at the top of Women’s Championship Division One, but have to negotiate past last season’s champions, Edinburgh University 2s from 2.30pm at Peffermill.

The Men’s 2s, coached by Stuart Banford, will be keen to bounce back from their last result – a disappointing 5-1 loss to Western Wildcats in Men’s Regional Division One. They also visit Edinburgh, but will be at Fettes College to play Grange 3s from 12.30pm.

For a preview of Sunday’s cup games, please click here.