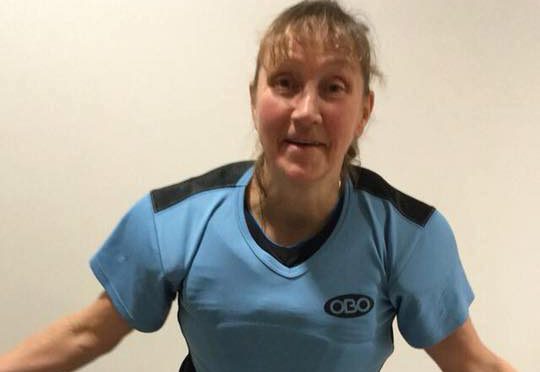 An indoor report over the weekend and a review of our first outdoor game of 2018.

Clydesdale Western booked their place in the Women’s Indoor Grand Final after beating Edinburgh University at Bell’s Sports Centre thanks to the surprise and excellent goalkeeping heroics of veteran Wendy Justice.

After comfortably beating Kelburne 9-0 in their first game, Clydesdale Western were to take on Edinburgh University for the right to play Dundee Wanderers in the Indoor Grand Final which will take place in a fortnights time.  ‘Dale Western were dealt a huge blow before the Uni game as regular 1st XI goalkeeper Jessica Buchanan was forced home after the Kelburne game due to illness.  However, Wendy Justice took on the role to help the L1s in their vital clash against their Edinburgh rivals.

By half time, the girls found themselves 4-3 up with goals from Margery Justice, Millie Steiger, Susie Gillman and Alison Eadie.  Steiger added a fifth shortly into the second half to double ‘Dale Western’s lead.  With four minutes to go, Wendy Justice capped off a superb peformance in goals as she crucially saved a Uni penalty flick, before Margery Justice sealed the win with her second goal to complete a 6-3 win.

Clydesdale Men’s 2s completed another set of double indoor wins after seeing off Uddingston and Greenock Morton at Forthbank on Saturday.

In their first game, they beat Uddingston 11-2, before hammering Greenock Morton 16-1.  The M2s have three games remaining in their indoor season.  They currently sit 3rd in the Indoor Regional Men’s league.

Clydesdale Western’s 2s wait for a first win of the indoor season goes on as they suffered back to back defeats against Inverleith and Watsonians – but did secure a point against Bon Accord at DISC on Sunday.

The L2s were unlucky not to have picked up maximum points against Inverleith after clawing back a 2-0 deficit.  However, they succumbed to two late goals to lose 4-2.  The girls were comfortably beaten 4-0 in their second game to promotion chasing Watsonians.  In their final game, the L2s drew 3-3 with Bon Accord in a game that they arguably could and should have won after a hard working performance.  The L2s have two games remaining in their season, and find themselves still bottom of National Division 2.

Clydesdale Western 4s played this year’s first outdoor game as they were held to a draw by Ardrossan.

Goals from Ann Menzies and Sarah Lonergan gave the L4s a share of the points.  The L4s are sitting 9th, one place above bottom spot, in the Women’s West District Division One table in their bid to avoid relegation.

Well done to the rest of our teams over the weekend for their efforts!