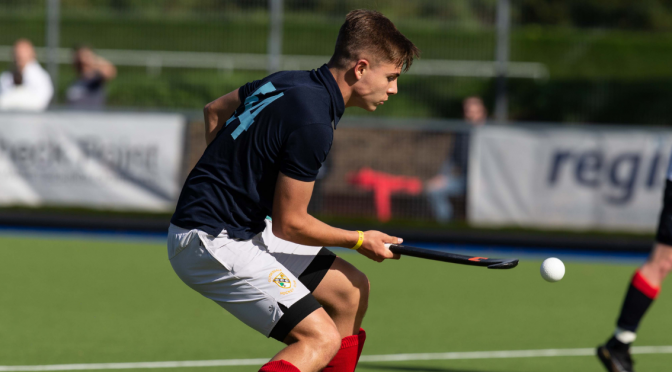 Clydesdale Men’s 1s finally make their long awaited return to competitive hockey at Titwood on Saturday against Inverleith 1s in the Men’s Premiership from 2.30pm.

The M1s have not played a competitive home game since 1st March 2020 – a 5-3 Scottish Cup loss to Grange. And Grange, ironically, were scheduled to be ‘Dale’s first home opponents in the Men’s Premiership two Saturday’s ago, but a postponement was agreed by both clubs.

Ciaran Crawford’s side will finally set foot on the Titwood turf for league action on Saturday in a bid to record their third win from their opening four games of the 2021-22 season. Meanwhile, visitors Inverleith, newly promoted to the Men’s Premiership, have started with two wins and a draw from their opening four games – each scoreline being settled by no more than one goal.

Graham Dunlop, Ben Cosgrove, Sam Hayes and Gregor Hirst are all available after missing last weekend’s win against Edinburgh University, whilst Scotland U17’s Jamie Green is also in contention to return to the 1s fold for Saturday’s match.

Clydesdale Western 1st XI are aiming to record their fourth straight win in the Women’s Premiership for 2021-22 when they welcome newly promoted Uddingston 1s at Titwood in a 12.45pm pushback.

The L1s are also playing their first competitive home game this season. The last competitive game at Titwood, incidentally, was on 9th March 2020 in the Women’s Scottish Plate – with ‘Dale Western thrashing CALA Edinburgh 1s 9-0 in the Quarter Final stage.

Head Coach Derek Forsyth will be keen for his side to push on from their stunning start to the season in which they have taken maximum points from Watsonians, Western Wildcats and, most recently, Edinburgh University. This season is Uddingston Ladies 1s first ever season in the top flight of Scottish Hockey and the visitors have had a decent return so far, having won two of their first four games.

Emma McGregor, who has been a notable absence from Forsyth’s squad, is hoping to make a return to an otherwise full strength L1s squad.

The M2s are the only men’s team in action on Saturday, whilst five Ladies teams including the L1s, are involved in league encounters.

11.00am is the first passback of the day at Titwood, when Stuart Banford’s M2s team take on Greenock Morton 1s in the Men’s Regional Division.

The L2s and L3s play after both 1st teams at Titwood in the Women’s Championship Division One. Erskine Stewart’s Melville 2s are the opposition for the L2s from 4.00pm before the L3s start at 5.30pm against Glasgow University 2s.