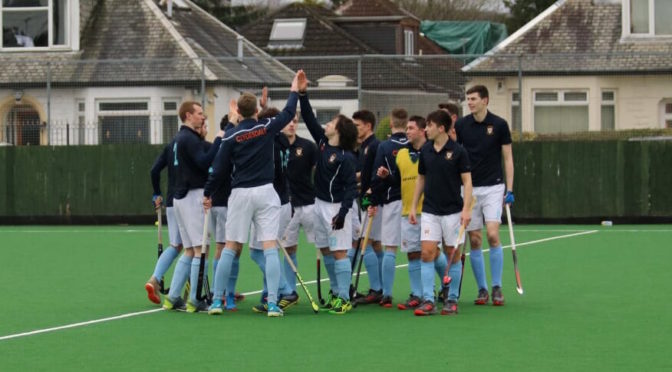 Following a difficult last weekend, our Clydesdale & Clydesdale Western teams will be keen to bounce back – but their resolve will be put to the test with some tricky fixtures this Saturday.

Clydesdale Men’s 1s are at home in a challenging fixture against Uddingston 1s from 4.30pm in a bid to maintain their top four ambitions in Men’s National Division One.

The M1s suffered a setback last weekend after their 3-2 loss to Edinburgh University saw them miss out on the chance to jump above Hillhead – who lost to Western Wildcats – in fourth place. Instead, the loss meant ‘Dale dropped a place to sixth, with Uni also in hot pursuit of fourth in MNL 1 jumping into fifth. Clydesdale will not have it any easier this Saturday, as tomorrow’s opponents Uddingston are also hoping to make it in to the top four. Uddy are in seventh place, three points off Hillhead.

For Saturday, coach Ciaran Crawford has a near enough full squad to choose from including forward Struan Walker, who bagged four goals and an assist in the last meeting between the two sides – a 5-4 thriller at Bothwell Castle Policies.

Clydesdale Western 1st XI will be looking to bounce back from last weekend’s defeat to Edinburgh University in their bid to be champions of Women’s National Division One as they host Glasgow University from noon.

‘Dale Western’s 2-0 loss away to Edinburgh Uni well and truly opened up the league title race, with Western Wildcats also in the mixer. Despite the loss dropping them to third in WNL 1, the L1s still have fate in their own hands, possessing a game in hand against Grove Menzieshill, which would take them back to top via goal difference if they collected all three points from that extra game.

In the meantime, Clydesdale Western take on Glasgow University, which sees Derek Forsyth being able to call on a full strength squad including the return of Karin Belch. The last time the L1s face Glasgow Uni was back in November – a 10-0 win took ‘Dale Western top due to a better goal difference.

Ironically, there are no 3rd XI teams in action, but six of our seven teams will be aiming to bounce back from defeats – some of which were heavy – last weekend.

The M2s were the only team to pick points up from league results last Saturday and in doing so picked up back to back wins for the first time this season in Men’s Regional Division One. Those wins have opened up an eight point gap away from bottom placed, Inverleith 2s. But the M2s will not be in for an easy ride on Saturday when they visit an experienced and strong Watsonians 2s from 2.30pm. The M4s and M5s both suffered testing losses last week, but will be keen to bounce back in their respective Men’s West District fixtures. In Division Three, the M5s host Uddingston 5s from 1.30pm before the M4s play at home to Kelburne 4s from 3.00pm in Division Two.

The L2s, who’s Women’s Championship Division One title hopes were effectively ended in their 1-0 loss to Edinburgh University 2s last Saturday, will take on Haddington 1s away from 12.30pm in a bid to finish the season strongly. In Women’s West District, the L4s are away to GHK 2s at Old Anniesland from 2.00pm in Division One. Hutchesons’ Grammar School will play host to two ‘Dale Western games. The L6s, in Division Three, play East Kilbride 2s from 1.30pm, and then the L5s play immediately after from 3.00pm against Loch Lomond 1s in Division Two.