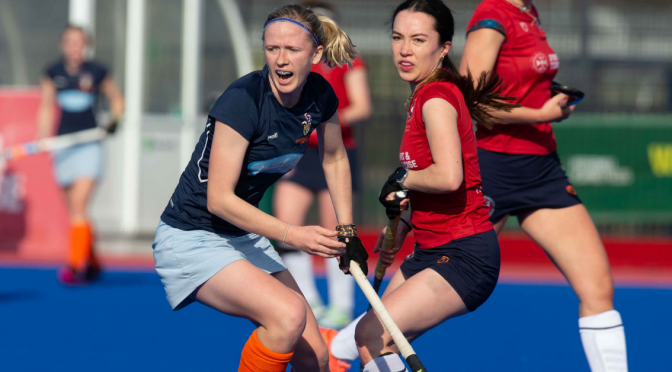 Clydesdale 1s play their penultimate home game of the season on Saturday against title chasing Western Wildcats 1s on Saturday in the Men’s Premiership from 3.00pm.

With three games remaining of the league campaign, Ciaran Crawford’s side face a fight to finish third ahead of an Edinburgh University 1s team who hold a four-point advantage. Meanwhile, tomorrow’s opponents Western will have their own agenda with regards to the championship crown. If Grange 1s fail to beat Dunfermline Carnegie 1s on Saturday, the door opens for the Milngavie side who could clinch the league title with a win at Titwood.

The last meeting between the two sides saw Clydesdale complete a dramatic and seemingly improbable comeback having fought from 3-0 down at half time to draw 3-3 right at the death. David Nairn was on target twice that day, whilst Ali Douglas’ goal was the trigger to a ‘Dale retort.

Crawford is likely to be able to call on forward Jack McKenzie who was unavailable for last weekend’s defeat to Grange. McKenzie is on a current run of seven goals in his last three games. Other than Antony Small (hand), the Titwood boys have no long-term unavailability meaning a strong squad is expected to be selected.

Clydesdale Western 1s season will be put to the test yet again as they face a double header in the league and cup starting with Hillhead 1s in the Women’s Premiership on Saturday before a Women’s Scottish Cup Semi Final tie with Edinburgh University 1s on Sunday.

‘Dale Western will hope to keep pace with league leaders Watsonians 1s on Saturday when they visit Upper Windyedge to take on Hillhead from 3.30pm. The last meeting between the two sides finished 4-0 in favour of the Titwood girls a month ago. The L1s must win all of their remaining league games and also increase the goal difference numbers above Watson’s – the Edinburgh side lead by five goals on goal difference as well as holding a six point lead.

Then on Sunday, Derek Forsyth’s side will hope to keep their league and cup double ambitions going when they travel to Peffermill to play Edinburgh University in the last four of the Women’s Scottish Cup – 2.15pm pushback. Uni won the last fixture between the two only a few weeks ago courtesy of a 4-1 win in the Women’s Premiership.

Forsyth has no fresh injury concerns ahead of this weekend’s back-to-back games. However, Paz Medina San Martin has been unavailable long-term and there has been no indication on whether a return is imminent.

The L2s also have a double header in league and knockout competitions alongside a host of games this weekend.

Donald Amour and Susie Allan’s side face Glasgow University 2s in the A Division of the Women’s Championship on Saturday from 4.30pm at Titwood. The following day, ‘Dale Western 2s then battle out the Women’s Scottish Plate Semi Final against CALA Edinburgh 1s from 4.15pm at Glasgow National Hockey Centre (GNHC).

The M2s, similarly to the M1s, will face Western Wildcats on Saturday. Stuart Banford’s side will welcome the Auchenhowie side’s 2nd XI for a 1.30pm start at Titwood in the Men’s Regional Division. Saturday’s first home pushback belongs to the M4s who – in their final game of the season – play Anchor 1s from 10.30am in Men’s West District Division Two, followed by the L3s from 12.00 noon who are up against Hillhead 2s in the B Division of the Women’s Championship.

In Men’s West District Division Three, the M5s and M5s Development are both involved in league matches. The M5s are at Hutchesons’ Grammar School from 1.30pm against Helensburgh 3s, whilst the M5s Development go to GNHC for a 2.15pm start against Kelburne 4s.