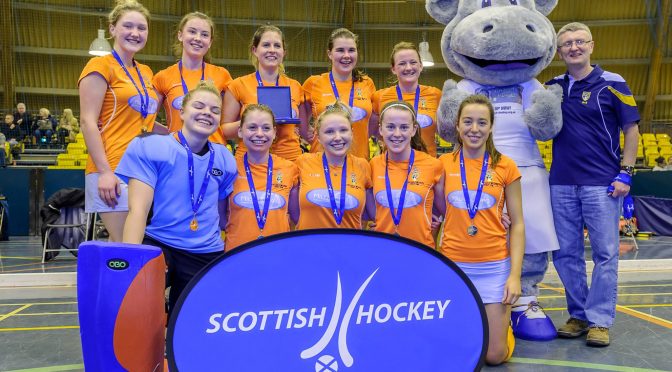 This weekend sees both 1st XI teams in action as they play their first fixtures of the indoor season whilst the West district ladies outdoor teams draw a close to the first half of their respective seasons.

The M1s will take on the Paisley side from 10.10am before taking on Inverleith – who won last season’s Play-Off Final from 12.55pm.

Clydesdale have gained new players in their bid to have a successful season.  But it will be the same old faces at the helm of the indoor team, with Neil Mitchell coaching the M1s for another indoor season as well as Andrew Allan being indoor captain.

Clydesdale Western 1s will hope to defend the Women’s Indoor National Division One crown this year as they begin their season with three fixtures concluding with a tie against fellow league challengers Dundee Wanderers 1s – also at Bell’s Sports Centre in Perth on Sunday.

The girls had a terrific end to last season’s competition, winning the Women’s Play-Off Final 4-2 against Wanderers back in February.  The two sides meet again on Sunday from 4.35pm, which will be after the L1s have played Hillhead 1s (9.15am PB) and CALA Edinburgh 1s (12.55pm PB) respectively.

The L1s will know standards have to be high, not only as going into the season as champions, but also with their upcoming involvement for European indoor competition in Vienna, Austria at the start of 2019.

Clydesdale Western 2s also start their indoor season in Women’s Indoor National Division Three with matches in Dundee against Granite City Wanderers 1s from 10.10am, before taking on Kelburne 1s from 12.55pm.  Both games are being held at Dundee International Sports Centre (DISC).