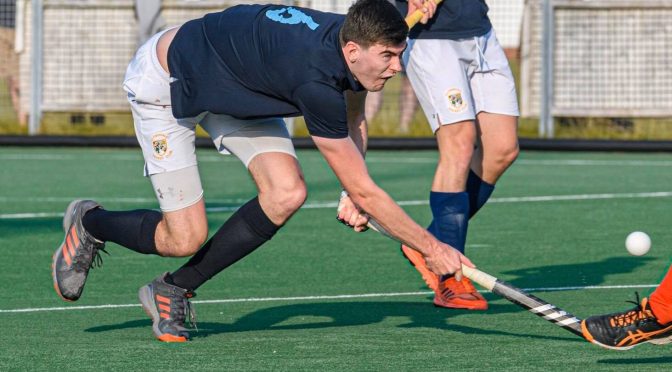 Clydesdale Western 1s will be aiming to – at minimum – maintain their narrow lead at the top of the Women’s Premiership going into their game against Gordonians 1s from 3.30pm at Titwood on Saturday.

An 8-0 win over Hillhead 1s saw Derek Forsyth’s side jump back to the top of the league table on goal difference after Edinburgh University 1s win over Watsonians 1s was by a single goal. The Titwood girls hold top spot with a goal difference advantage of four goals, highlighting that there is a lot to play for between now and the end of the league campaign. Watsonians loss sees them drop to fifth, which meant Western Wildcats 1s took third spot following their win against Gordonians last Saturday. Dundee Wanderers 1s are fourth after dropping two points away to GHK 1s.

This Saturday’s contest is a battle of top versus bottom. With the L1s involved in a league title challenge, their opponents for tomorrow are in a completely different situation, having lost all ten league games they have played in what has noticeably been a difficult first campaign in the Women’s Premiership following their promotion from Division Two last season. The Aberdonian side are still in with a shout of avoiding automatic relegation though as they sit three points behind 9th placed Glasgow University 1s, meaning they will be fighting for every possible point. ‘Dale Western ran out 6-0 winners back in late September when the two sides last played in the league.

Forsyth had the luxury of calling on a full squad last weekend and is in the same position this weekend, meaning Clydesdale Western are expected to be unchanged in terms of personnel.

An agreed postponement with Western Wildcats 1s from last Saturday means the M1s have yet to play a league match in the Men’s Premiership this year. Ciaran Crawford’s side did play the Second Round of the Scottish Cup last Sunday against Grange 1s but lost 5-3 at home, despite a decent performance.

Clydesdale sit sixth in the Men’s Premiership, four points off a coveted top four Play-Off spot, with Edinburgh University 1s currently occupying fourth place. Uddingston 1s are place higher than the Titwood boys by a point, but have played a game extra in the league campaign.

For Saturday, Crawford welcomes back defender Andrew Allan to his squad having missed last weekend’s defeat to Grange in the knockout competition.

Along with both 1st XI sides, all Clydesdale & Clydesdale Western teams are in action on Saturday including the Ladies 2s who play the Ladies 3s at Titwood in Women’s Championship Division One from 5.00pm.

The L2s are just above the L3s in the league table on goal difference, but a win for either side could see them jump up to second if results around them go their way.

The M2s could be involved in a league challenge in Men’s Regional Division One if they can get the better of a strong Watsonians 2s at George Watson’s College from 2.30pm. A win could see Stuart Banford’s side move up to third in the league table.

Clydesdale Western 1s will hope to progress to the Semi Finals of the Women’s Scottish Plate, but will have to negotiate past CALA Edinburgh 1s on Sunday from 2.30pm.

Having seen off Edinburgh University 2s in the previous round, the L1s were given a home tie in the Quarter Finals against CALA Edinburgh, who play their league hockey in Women’s National Division Two.

Head Coach Derek Forsyth, again, will have the opportunity to call on a full squad and may rest some players that feature in Saturday’s league match.

There are three Quarter Final ties for Clydesdale & Clydesdale Western – two of which are in respective Cup competitions.

The M2s will hope to progress to the Semi Finals of the Scottish Men’s District Cup when they take on Erskine Stewart’s Melville 2s from 12.00 noon at Inverleith Playing Fields.

At the same time, the L4s will take on Livingston & West Lothian 1s away in the Scottish Women’s District Plate. At 12.30pm, the M4s are up against Watsonians 3s at Titwood in the Scottish Men’s Reserve Cup.