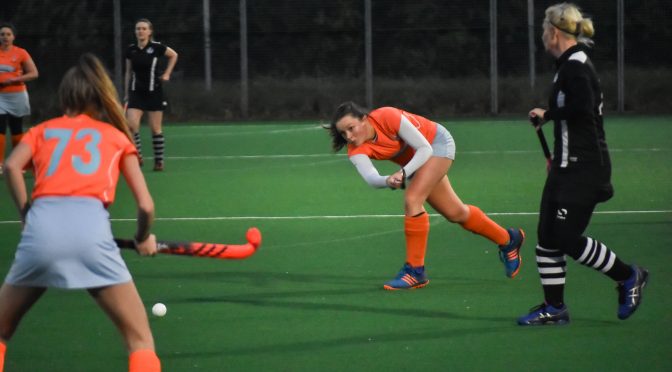 Our West District outdoor hockey is nearing its end for the first half of the season. The M1s, L1s, & L2s are all in National League Indoor action this weekend for the first time this season.

Neil Mitchell continues in his role as Men’s 1st XI indoor coach, whilst Gordon Amour will, like outdoor, take on indoor captaincy duty. There will not be any completely new personnel featuring this season. But Ryan Cummins, who plays his outdoor hockey for Perthshire, and Alex Lihou, who represents Grove Menzieshill’s outdoor team, have joined up with the M1s for another indoor season.

Following an arguably safe last season, with mixed results aplenty, the M1s will start the 2019-20 season off against Dundee Wanderers 1s. Then from 3.40pm, their second and final game of the day will be against Grange 1s.

Clydesdale Western 1s will be hoping to go one better than last season when they begin their National League indoor campaign on Sunday from 12.00 noon at Bell’s Sports Centre.

After a superb season, the L1s lost out 7-2 in the Women’s Grand Indoor Play-Off Final to Dundee Wanderers at the same venue back in February – surrendering the same crown they won back in 2018.

For Sunday, the L1s start their Women’s National Division One indoor season against Hillhead 1s from 12.00 noon, before returning to the court for a 2.45pm PB against Grove Menzieshill 1s.

Clydesdale Western 2s will also be fielding a team in Women’s National Division Two. They will start on Sunday also, with their games taking place at Dundee International Sports Centre (DISC) against Bon Accord 1s (9.15am) and Western Wildcats 1s (1.50pm) respectively.

Returning to Saturday’s action, the L4s will hope to open up a five point gap between themselves and second placed Rottenrow 1s in Women’s West District Division One. The two sides meet from 1.30pm at Glasgow Green, with Marg Taylor’s side sitting top of the league by two points. Both sides are currently unbeaten in the league season so far.

The Men’s 4s complete the card of games with a 2.00pm pushback at Titwood against GHK 1s in Men’s West District Division Two.