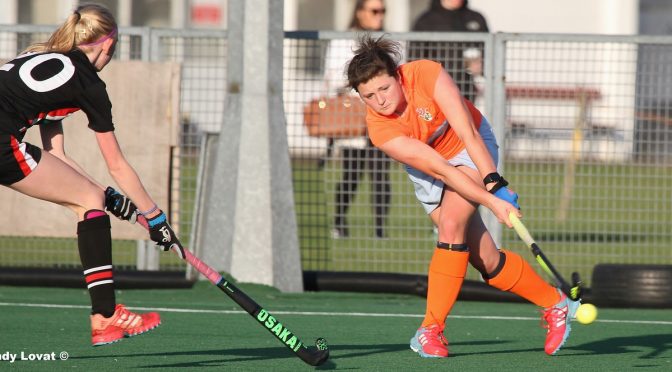 All eleven Clydesdale and Clydesdale Western teams are in action, with a number of teams away up north – one of which is a top of the table clash.

Clydesdale Western 1st XI take on Dundee Wanderers at Dalnacraig on Saturday – with both sides occupying the two top spots of Women’s National Division One.

The L1s currently sit top of the league by two goals after securing three wins and a draw from their opening four league games.  A win here means ‘Dale Western could open up a three point gap if results in Women’s National One go their way.

Both sides had last weekend off due to the Inter-Districts so will be fresh and keen to continue their good starts to the season when they play at 3.30pm.

Clydesdale Men’s 1st XI will hope to build on a positive start to the season when they go to Aberdeen to play Gordonians from 3.30pm in Men’s National Division One.

The M1s secured a gob-smacking 6-5 win over Kelburne last weekend – their first league win of the season – and will be keen to continue their good start to the season when they take on Gordonians.

The home side, in contrast, have lost their opening three league games this season.

Elsewhere, a full card of games sees the M2s go to Perth to play Grove Menzieshill 2s (2.30pm PB) in a bid to kick start their tough start to the season.  The M3s, in similar inconsistencies, are at home to Rottenrow 1s from 2.00pm, whilst the M4s begin the home card of games with a 12.30pm PB against Hillhead 4s.  The M5s are away at Old Anniesland versus Hillhead’s 6th XI at 4.30pm.

The L2s take on Uddingston 1s – who are top of Women’s Championship Division One – from 2.30pm, whilst the L3s in the same division host last season’s champions, Edinburgh University 2s in the final passback of the day at Titwood (5.00pm).  The L4s are at home to Glasgow University 3s from 3.30pm.  The L5s and L6s both have away fixtures when they play Garnock 1s (12.30pm PB) and Dumfries 2s (3.00pm PB) respectively.

Best of luck to all eleven teams this weekend!