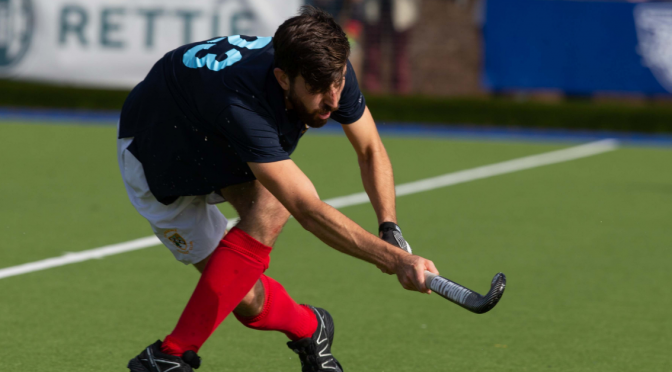 Clydesdale Western 1s will be aiming to take top spot of the Women’s Premiership for the first time this season when they welcome Glasgow University 1s to Titwood for a 4.30pm pushback.

As well as being the only unbeaten side in the top division, the L1s are also the only team with a 100% record, having won all five of their games. The fact that opposition around them have played more games this season will be the main reason as to why ‘Dale Western currently sit third in the league. But a win against GU 1s on Saturday, coupled with dropped points from Edinburgh University and Hillhead will see the Titwood side take over as league leaders.

Meanwhile, Glasgow Uni have had an excellent start to their season with four wins and two losses from six games. A win with a scoreline of more than three would take the west end student side above Clydesdale Western in the league table.

Going into Saturday’s game, Head Coach Derek Forsyth will be delighted to go into this weekend’s games still without any notable long-term absentees, meaning a full squad will be available for selection.

Clydesdale Men’s 1s take on Watsonians 1s from 3.00pm at Titwood in the Men’s Premiership in a bid to return to winning ways.

A 3-2 loss to Dunfermline Carnegie denied the M1s a third win in a row this season in the league campaign. But a home win on Saturday could see ‘Dale jump up to fourth in the table with fifteen points. The Titwood side currently have four wins and three losses from their opening seven games.

Watsonians have only played five games in comparison, but remain unbeaten having won three and drawn the other two games, most recently to Kelburne at the Glasgow National Hockey Centre on Tuesday night.

Head Coach Ciaran Crawford is expected to welcome skipper Andrew Allan back to the first team fold following a successful recovery from a hamstring injury.

A further eight games will take place for Clydesdale & Clydesdale Western – five of which are at home venues.

Both Women’s Championship representatives – the L2s and L3s – both play at 1.30pm. The L2s are up against Edinburgh University 3s at Titwood, whilst the L3s face Grove Menzieshill 2s at HGS in a bid to take their first points of the season.

At 3.00pm, the L5s are in Women’s West District Division Two action when they host Kelburne 3s at HGS.

The final games of the day alongisde the L1s involve the M5s Development and the L4s. The M5s Development are on at 4.00pm against Hillhead 6s in Men’s West District Division Three at Old Anniesland. The L4s will play at the same time as the L1s and against the same club in Glasgow University. More specifically the student side’s 3rd XI at HGS.