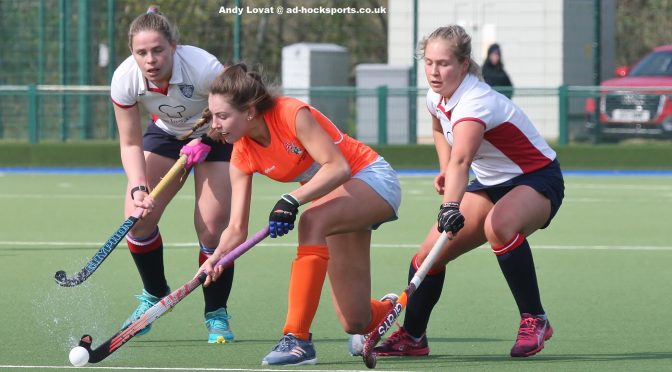 It’s a busy weekend as all eleven Clydesdale & Clydesdale Western teams are in action for the first time together on Saturday. There are some big clashes too, so to find out more please read below.

Clydesdale Western 1s host Western Wildcats 1s at Titwood on Saturday, 3.30pm PB, in a game that will provide a stern test for both sides in their bid to be champions of the Women’s Premiership.

Both ‘Dale Western and Wildcats have two wins from their opening two games of the season and occupy the top two positions in the Women’s Premiership – the latter ahead having a one goal difference advantage.

Last season, the two teams met on the opening day of the season, drawing 2-2 at Auchenhowie before the L1s narrowly won the return fixture 2-1 at Titwood. Wildcats then stunned Clydesdale Western in the Women’s Grand Play-Off Final in April with a 2-0 win, despite finishing fourth in the league table – becoming the first side in the Men’s and Women’s competition to win the Play-Offs despite finishing as the lowest seeded team.

Notable inclusions in Derek Forsyth’s squad for the L1s include Ruth Moffett and a debut for Hannah MacDonald, who has impressed with performances in the 2nd XI.

Clydesdale Men’s 1s visit Peffermill to take on Edinburgh University 1s in the Men’s Premiership for a 2.30pm PB – with both sides keen to put down a marker to be top four contenders this season.

The M1s and Uni 1s claimed their first wins of the league season last weekend, with the M1s thrashing Dundee Wanderers 7-0 at home whilst Edinburgh University claimed a 5-1 win away to Uddingston. ‘Dale 1s are a point ahead of tomorrow’s opponents going into their clash.

The previous season saw both sides claim home wins against the other. A Ewan Fraser double gave Ciaran Crawford’s side a 2-1 win in November last year, before Uni hit back in March 2019 with a 3-2 win at Peffermill – which would effectively go on to become a damaging defeat as Clydesdale missed out on a top four spot.

Scotland U21 internationalist David Nairn could make a return from a broken wrist, whilst youngster Ian King is line for a 1s debut following consistent showings in the 2nd XI.

For the nine remaining Clydesdale & Clydesdale Western teams, most will be starting around the same time and four of the games will be at home.

The Men’s 2s will be hoping to continue their decent start to Men’s Regional Division One when they visit Auchenhowie to play Western Wildcats 2s at 11.00am. The M3s will host Dumfries 1s from 12.30pm in Men’s West District Division One, whilst the M4s will play at Hermitage Academy against Oban 1s from 12.10pm in Division Two. The M5s will take the field at Hutchesons’ Grammar School from 1.30pm in Division Three to play Uddingston 5s.

From the ladies side, the L2s will be aiming to bounce back from their 1-0 defeat to the L3s last weekend in Women’s Championship Division One. They host Stirling University 1s from 2.00pm, whilst the L3s – who incidentally have two wins from two – visit Watsonians 2s for a 1.00pm PB. The L4s and L5s pushback at the same time (12.30pm) in Women’s West District Division One and Two respectively. The L4s are at Jordanhill School to play Hillhead 3s, whilst the L5s are away to Ferguslie 1s. The L6s are on at Hutchesons’ Grammar School after the M5s from 3.00pm to play GHK 4s in Women’s West District Division Three.