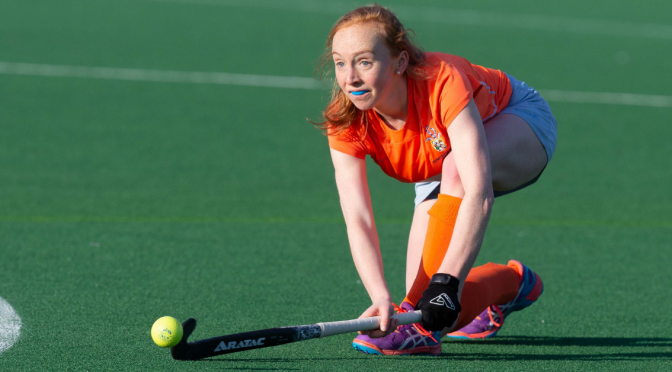 Clydesdale Western 1s take on Hillhead 1s in their first home league game this year in the Women’s Premiership.

Following last weekend’s win against Western Wildcats, the L1s will hope to keep up the momentum in the Women’s Premiership title race on Saturday when they Hillhead on Saturday from 3.00pm at Titwood.

‘Dale Western also secured a passage to the last eight stage of the Women’s Scottish Cup courtesy of a 7-0 win over Dundee Wanderers 1s last Sunday. Their opponents for the Quarter Final stage will also be their Jordanhill rivals, but a date and pushback time will be confirmed in due course.

Clydesdale Western and Hillhead have already faced each other this season. The Titwood girls securing all three points after a 4-0 win at Titwood in November.

Head Coach Derek Forsyth is likely to welcome back Bronwyn Shields to the L1s squad following a successful recovery from an injury that ruled her out of the recent EuroHockey Indoor Club Trophy campaign in Alanya, Turkey. Georgia Coyle impressed in both games last weekend and is likely to keep her place in the ‘Dale Western squad.

Clydesdale 1s are away to league leaders Western Wildcats in the Men’s Premiership on Saturday from 1.30pm.

The M1s are still awaiting their first three points since returning to outdoor competition a fortnight ago. And Western at Auchenhowie will be stern test, especially as the Milngavie side ran out 7-3 winners in the two sides last meeting in mid-September.

Head Coach Ciaran Crawford returns to the dugout for the Titwood boys in a side that sees Sammy Kasto and Antony Small available following respective absences last Saturday. Jack Nairn, who impressed against Grange 1s in his competitive debut for the 1st XI, is also in contention to play against Wildcats.

Nine Clydesdale & Clydesdale Western teams are in action over the weekend, three of which are involved in league and cup double headers.

The M2s have two away trips to Edinburgh this weekend. In the Men’s Regional Division, Stuart Banford’s side take on Grange 3s at Edinburgh Academy on Saturday from 1.30pm. Then on Sunday, the Men’s 2s take on Edinburgh University 2s from 2.00pm in the Quarter Final stages of the Men’s Scottish District Cup.

Donald Amour’s L2s side, meanwhile, host Glasgow University 2s at Hutchesons’ Grammar School from 2.00pm in the Women’s Championship A Division on Saturday before welcoming Inverleith 1s on Sunday in the Women’s Scottish Plate Quarter Finals at Titwood, 3.30pm pushback.

There are two games at Titwood for the M3s, starting with a visit from Rottenrow 1s in Men’s West District Division One at 1.30pm on Saturday. On Sunday, Craig Bradley’s side will have the challenge of tying to negotiate past Watsonians 3s in the last eight stage of the Men’s Scottish Reserve Cup – 12.30pm pushback.

The L3s will play their hockey at Goldenacre on Saturday versus George Heriots FP 1s in the Women’s Championship A Division, 3.30pm start. In Women’s West District Division One, the L4s face Glasgow University 3s from 2.00pm at Craigholme. The L5s complete Saturday’s card of games with a 4.00pm start at Glasgow Green against Kelburne 3s in Women’s West District Division Two.