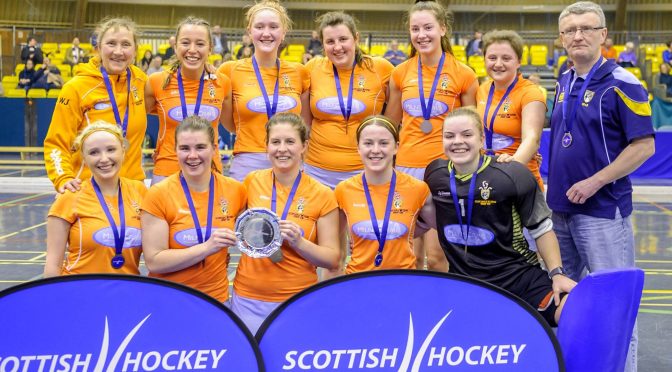 This weekend sees the long awaited return of Indoor National League hockey, whilst there are another three outdoor games scheduled.

Clydesdale & Clydesdale Western will be entering two teams respectively for the 2021-22 campaign. The L1s will be aiming to retain the Women’s Indoor National One league title, whereas the M1s will be hoping to return to the Men’s top division at the first time of asking following their relegation back in February 2020. The L2s and M2s will also be involved in league competitions this season.

‘Dale Western 1s will once again be coached by club legend and Olympic bronze medallist Wendy Justice in Women’s Indoor National One. Justice – who will have husband Peter as assistant coach – is likely to have available the majority of those who won the indoor league title against Dundee Wanderers 1s nearly two years ago as well as those who have been part of an invincible start to the outdoor season so far. The L2s will be representing the club a division below the 1s in Women’s Indoor National Two.

‘Dale 1s will also return to the indoor court and will be itching to make a swift return to Men’s Indoor National One following their relegation after a Play-Off shoot out defeat to Watsonians 1s. This season, another club legend and ex-M1s captain Ali Bleach will be leading the Titwood boys for the indoor league challenge. The M2s, captained by Alex Ingram, will be part of the Men’s Regional Indoor Division this season.

The M5s, M5s Development and L5s are all involved in rescheduled outdoor games. In Men’s West District Division Three, the M5s are at home to Dumfries 2s from 1.30pm and the M5s Development are away to play Hillhead 7s – 3.30pm pushback. The L5s complete the card of outdoor games with a 4.15pm start, facing Stepps 1s.