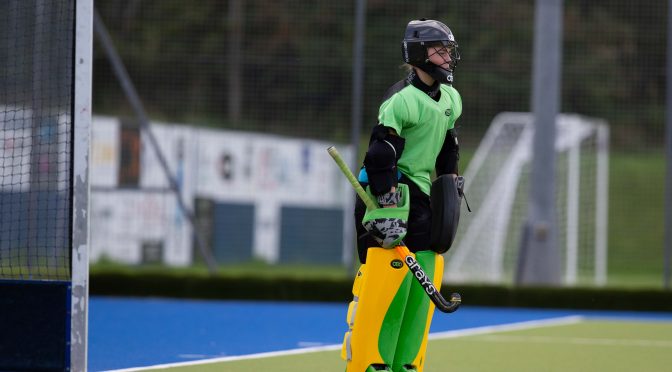 Clydesdale Western Ladies 1s return to Women’s Premiership action for the first time in two weeks when they take on GHK 1s at Old Anniesland from 2.00pm.

Scotland’s World Cup Qualifying campaign meant the L1s season was brought to a minor halt. But ‘Dale Western will hope to keep up their 100% start to the season against a GHK side who have started the season impressively themselves. The home side currently hold top spot of the Premiership table.

Clydesdale Men’s 1s will hope to record their third win in a row in the Men’s Premiership against Dunfermline Carnegie 1s at Woodmill High School, 1.30pm pushback.

Following wins against Grove Menzieshill and Kelburne, the M1s are third in the table, one point behind Carnegie who lead the way in the league standings. Meaning three points could take Ciaran Crawford’s side to the summit.

Three of the remaining nine Clydesdale & Clydesdale Western games are at home on Saturday.

From 1.00pm, the M5s take on Western Wildcats 4s in Men’s West District Division Three. At 2.30pm in the same league, the M5s Development are up against Uddingston 5s. The final game at Titwood is a 4.00pm pushback as the L2s host Hillhead 2s in Women’s Championship Division One.

Meanwhile in Women’s West District Division Three, the L6s are away to Greenock 1s from 2.00pm, which is the same time the M3s play Rottenrow 1s at Glasgow Green in Men’s West District Division One. The M2s are in Men’s Regional action away to Edinburgh University 2s in a 2.30pm pushback. The last game of Saturday’s card feature the L3s who play Waverley Inveresk Trinity 1s at Edinburgh Academy in the Women’s Championship Division One – 4.30pm start.