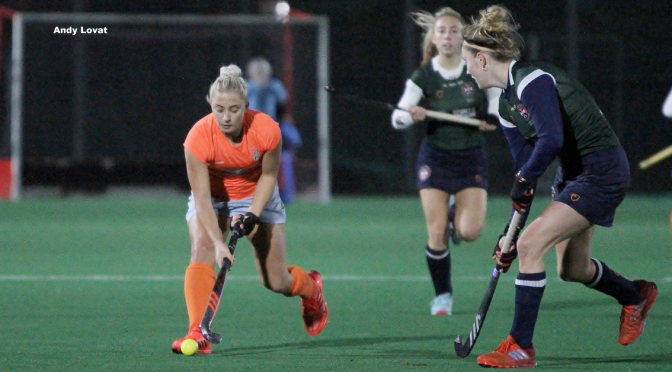 Clydesdale Western 1st XI’s ambition to become champions of the Women’s Premiership will be put to the test in arguably their hardest match of the season on Saturday when they visit Peffermill to play Edinburgh University Ladies 1st XI.

After no game last weekend due to international matches, ‘Dale Western make a return to domestic hockey and will hope to push on from their excellent start to the season which has seen them take maximum points away from Watsonians and Western Wildcats.

But Head Coach Derek Forsyth and his squad will be aware of the threat that Uni possess, having been champions of the last completed season back in 2019. The two teams were neck and neck at the top of the Women’s Premiership table in the 2019-20 season before Covid-19 curtailed the season.

Forsyth has no major absentees to his squad and barring any short term unavailability is expected to select his strongest team for this huge – potentially season shaping – clash with Edinburgh Uni which starts at 4.00pm.

Clydesdale Men’s 1s return to action in the Men’s Premiership for the first time in a fortnight against Edinburgh University Men’s 1s from 1.00pm at Peffermill.

Covid cases meant ‘Dale’s fixture last Saturday with Grange 1s was postponed and is to be scheduled at a later date. The M1s are still hoping to bounce back from their loss two Saturday’s ago to Western Wildcats after their opening day win against Dundee Wanderers a week prior.

Ironically, these two sides were due to play each other next in the Men’s Premiership during the 2019-20 season, but was called off due to the start of the Covid-19 pandemic, which ultimately ended the season as a whole.

Clydesdale’s Head Coach Ciaran Crawford has Steven McKnight as his only long-term absence. Defender Dean Baber made a return to training earlier this week after a lengthy lay off but still has some time to go before a return to the Men’s 1s fold, whilst Jack McKenzie is finally in line to make his long awaited debut following his summer transfer from Kelburne.

The M2s have won their opening three games in the Men’s Regional Division so far this season and will want to make it four when they face Edinburgh University Men’s 3s at Peffermill from 4.00pm. In stark contrast, the L3s have lost their opening three matches in the Women’s Championship and will want to stop the rot against Edinburgh Uni Ladies 3s in a 3.00pm start at Titwood.

In Men’s West District Division One, the M3s will hope to record their first win of the season from 1.30pm against Helensburgh 1s. The M4s, in Division Two, are away to Anchor 1s from 2.30pm whilst the M5s in Division Three play Giffnock 2s at Eastwood High School, 12.30pm pushback.

The L4s are also away in Women’s West District Division One as Marg Taylor’s side are away to Glasgow Green to play what will no doubt be a predictably strong Rottenrow BlueSox 1s side – 2.30pm PB. The final passback of the day at Titwood will be the L5s, who host Glasgow Accies 2s from 4.30pm in Division Two.