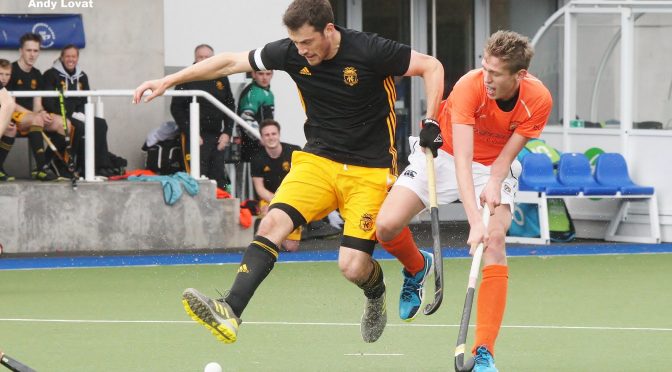 It’s set to be a barnstorming Saturday, with ten of our eleven teams in action before Clydesdale’s Annual Family Fireworks Night takes place.

Clydesdale Men’s 1s will return to Men’s Premiership action for the first time in twelve days when they make the short journey to Glasgow Green to take on Kelburne 1s from 1.30pm on Saturday.

Having taken three valuable points against Hillhead two Tuesday’s ago, Clydesdale remain in the hunt for a top four Play-Off spot. The M1s are sixth in the Men’s Premiership table, five points behind fourth placed Edinburgh University. Kelburne are also on the same number of points behind the student side in seventh, but have one extra loss to their name so far this season.

Head Coach Ciaran Crawford is expected to name a full squad as he welcomes back Andrew Allan and Struan Walker to the fold, who both missed the 2-1 win over Hillhead.

The Titwood boys had double joy against their Paisley opponents last season in the league. A barnstorming 6-5 away win in September 2018 was followed up by another entertaining game in March of this year – with Clydesdale sealing a 4-3 win at home.

Clydesdale Western 1s will be aiming to take three points in their bid to stay top of the Women’s Premiership on Saturday – but also exercise demons of last season – when they take on Glasgow University 1s from 3.00pm at Glasgow Green.

Last Saturday’s 12-0 demolition of Grove Menzieshill, coupled with other favourable results, saw Clydesdale Western take top spot in the Women’s Premiership table. The L1s are in pole position as a virtue of a stronger goal difference over nearest challengers, Dundee Wanderers 1s.

The first meeting between Clydesdale Western and Glasgow University last season saw the L1s storm to a 10-0 away win which, similar to last weekend, gave them top spot on goal difference going into the indoor break. But it was the second fixture that would go on to shape the league title picture for the 2018-19 season as Glasgow Uni took a somewhat surprise point in a 1-1 draw at Titwood in March of this year. ‘Dale Western Head Coach, Derek Forsyth will no doubt be keen to see the Titwood girls bounce back in their bid to be champions come the end of the 2019-20 season.

Selection wise, Forsyth is expected to name the same side that played against Grove Menzieshill last Saturday.

Including matches on Hutchesons’ Grammar School, there is a full card of home games for Clydesdale & Clydesdale Western starting with the Men’s 3s from noon.

Craig Bradley’s M3s side picked up an impressive 4-0 away win against Ayr last Saturday, and will be keen to climb up the table in Men’s West District Division One. They face Strathclyde University 2s at Titwood and a win could take the Men’s 3s up a place to fourth in the league table.

At 1.30pm, sees the L4s host Uddingston 2s in Women’s West District Division One. The L4s are one of two teams to still hold a 100% record, having won all three of their games. A win as well as other results going for them could see Marg Taylor’s side take top spot by the end of the day. At the same time on the Hutchie pitch, the L6s take on Arran 1s in Women’s West District Three. The young L6s side will be keen to take their first points of the season against a high flying Arran side.

The Men’s 2s, in Men’s Regional Division One, then pushback at 3.00pm against Grove Menzieshill 2s. The M2s are sixth in the league table, but three points against their Dundee opponents could see Stuart Banford’s side close the gap at the top end of Regional One. With the same PB time over on the Hutchie pitch, the L5s will play in Women’s West District Division Two against Giffnock 1s. Trish Lonergan’s side have picked up seven from a possible twelve points, and a win could see the L5s potentially jump up to second in the league table.

The final pushback of the day at home is the L2s against Watsonians 2s from 4.30pm. The L2s got back to winning ways in Women’s Championship Division One last Saturday. And skipper Lesley Cosh will be keen to see her side continue this form in order to climb back up the table in a bid to challenge current league leaders and champions Edinburgh University 2s.

Only two away games for Clydesdale & Clydesdale Western, starting with the L3s from 12.30pm. With Alice Sherwood still injured, Ali Cox will resume captaincy duties when they take on George Heriots FP 1s at Goldenacre. Also in Women’s Championship Division One, the L3s will be keen to maintain their league challenge, as a win tomorrow could see them jump a place to second in the table. The Men’s 4s, still awaiting their first win of the season in Men’s West District Division Two, are away at Lower Windyedge when they face a tough Hillhead 4s side from 3.00pm.

A reminder – after Saturday’s games, the club will be hosting its Annual Family Fireworks Night! It is always a great event every year, with so much going on before and after the main event. If you have yet to do so, please by your tickets online by clicking the link here.