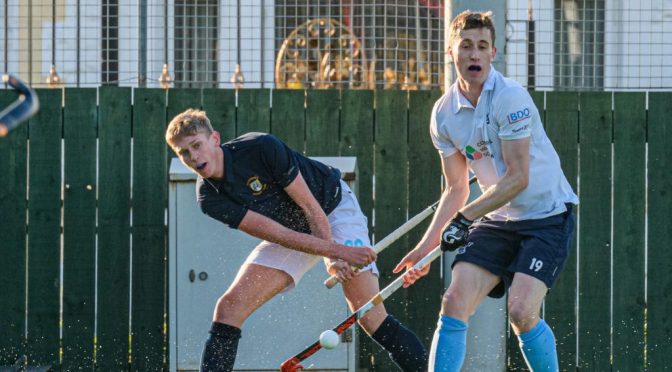 Clydesdale Western 1s return to Women’s Premiership action this year with an away trip to Upper Windyedge to take on Hillhead 1s from 3.30pm on Saturday.

An almighty question in the Women’s Premiership campaign will be which team are going to be crowned champions by the end of the season? The answer just now – potentially five teams, four of which are tied on the same points. For Clydesdale Western, they sit second in the table – three goals behind current champions and league leaders Edinburgh University 1s. Behind those two sides are Watsonians 1s and Dundee Wanderers 1s in third and fourth place respectively, whilst Western Wildcats 1s are two points off in fifth place.

For Saturday, the L1s will hope to take advantage of some big match ups that their league title rivals are involved in this weekend when they visit Upper Windyedge to take on Hillhead. The last meeting between the two sides was back in the opening weekend of the Women’s Premiership season, as ‘Dale Western sailed to a 5-1 home win. Selection wise, Head Coach Derek Forsyth has a full strength squad at his disposal, including seven players who recently sealed the Scottish Women’s Indoor title for Clydesdale Western nearly three weeks ago.

Clydesdale Men’s 1s take on Grange 1s in their third scheduling of the Men’s Scottish Cup Second Round tie at Titwood on Sunday from 3.00pm.

Having seen their original scheduling in November last year and, more recently, last Saturday being called off, Clydesdale and Grange will attempt a third time to play the Second Round tie. Both occasions were called off as poor weather left the pitch at Titwood unplayable. Last Saturday’s game did start, but last less than two minutes due to a hailstorm that set on the field of play.

With no league fixture on Saturday, Ciaran Crawford’s side will have an extra day’s preparation and rest ahead of Grange’s visit. Team wise, Crawford will be without the injured Dean Baber (thumb), Sean Mahoney and Nigel Lucas (both knee).

On Saturday, there will be another nine Clydesdale & Clydesdale Western games – five of them taking place at Titwood.

Back to the card of Titwood games, from 1.00pm are the M3s who play Ayr 1s in Men’s West District Division One, and from 3.00pm in Women’s Championship Division One are the L3s who host Grove Menzieshill 2s.

The M2s then welcome Kelburne 2s in a 4.00pm pushback in Men’s Regional Division One. The 5.30pm sees another Women’s Championship Division One fixture as the L2s close the home card of games on Saturday against Hillhead 2s.

All three Clydesdale Western West District teams play away from home on Saturday. The L5s are on first from noon away to Eastwood High against Giffnock Ladies 1s. The L4s are up against Troon 1s from 1.45pm, and the L6s have a 3.00pm PB against Dumfries 2s.