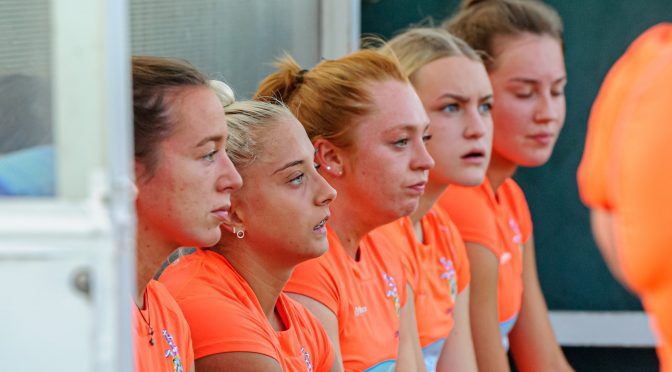 With this weekend being the September weekend holiday’s, there are no fixtures for those in the West District leagues. However, there are still four more fixtures on Saturday, with three of them taking place at home.

Clydesdale Men’s 1s will hope to pick up their first win of the season when they welcome Dundee Wanderers 1s for a 3.30pm pushback in the Scottish Men’s Premiership.

The M1s missed out on the chance to collect maximum points last weekend, surrendering a 2-0 lead to draw 2-2 against Western Wildcats 1s. Dundee Wanderers 1s, who gained promotion from Men’s National Division Two last season, will be taking to the field for their first fixture of the 2019-20 season.

In terms of personnel, Clydesdale welcome back Sam Hayes and youngster Ben Galloway to Ciaran Crawford’s charges. The M1s and Wanderers last meeting in competitive hockey was back in April 2018, with the former sealing a late 5-4 win at Titwood.

Clydesdale Western 2s and 3s face off in their second respective game of the Women’s Championship Division One season from 12.30pm.

Both sides will be keen to build on their opening day wins last weekend. The L2s won 3-0 away at Hillhead 2s, whilst the L3s sealed a 4-1 win in a tricky visit to Grove Menzieshill 2s.

There is likely to be strong squads available in terms of numbers and personnel for both sides despite it being a September holiday weekend, as Clydesdale Western’s West District teams are not in action this weekend.

The previous two meetings saw both sides take a win in each fixture. In November 2018, the L3s stunned the L2s as a Helen McNaught goal was enough to seal a 1-0 win. But in March 2019, the L2s would exact their revenge with a 2-0 scoreline thanks to a goal each from Rhona McGregor and Naomi Harkness.

Clydesdale Men’s 2s will hope to build on their impressive opening day win last weekend in Men’s Regional Division One when they host Watsonians 2s from 2.00pm.

There will be the usual chop and change for Head Coach Stuart Banford in Saturday’s team, but Phil Kirkby and David Henderson are notable returns to the M2s squad. Clydesdale and Watsonians 2s sides did play out two cracking games last season. The Edinburgh side took a 3-2 win at Titwood back in October 2018, before both teams played out a 2-2 draw in the return fixture six months later.

‘Dale Western 1s got their season off to a routine start, sealing a 5-1 win at home in a late passback against Hillhead 1s last Saturday. On the same day, Gordonians – who hail from Aberdeen – lost 5-0 to last season’s Women’s Play-Off champions Western Wildcats 1s.

Gordonians promoted from Women’s National Division Two last season for the first time in their history, meaning its unlikely that two sides have ever played a league match against each other. They did, however, face off in the Women’s Scottish Cup back in October 2016, with Clydesdale Western 1s sealing a comfortable 5-0 win.