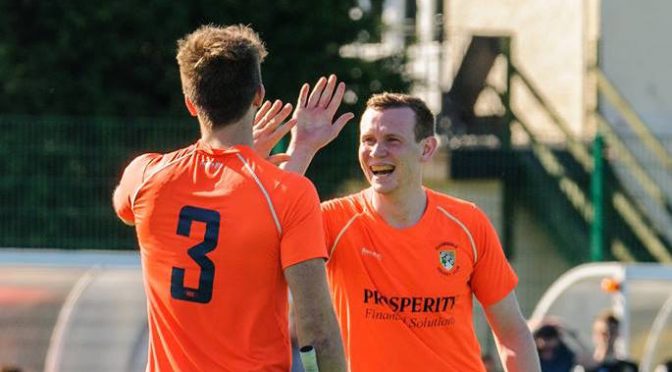 The Men’s 1s and 2s sign off their respective seasons, whilst the Ladies 1s are hoping the right cards come up in their bid to be champions of Women’s National Division One.

Clydesdale Western 1s play at home to Dundee Wanderers in the final fixtures of the Women’s National Division One season from 2.00pm.

The two sides last met in November at Dalnacraig – with Clydesdale Western taking all three points after goals from Alexandra Wilson and Millie Brown gave the girls a narrow 2-1 win.

Following their 2-0 win on Sunday against league leaders, Edinburgh University, Clydesdale Western are back in with a title shout, albeit as outside challengers.  Sitting two points behind Uni, the only results that can see the L1s go top by the end of the day’s play is if ‘Dale Western beat Wanderers along with Western Wildcats beating Edinburgh University.  It will be one heck of an ask but stranger things have happened.

After the L1s game, Clydesdale Men’s 1s take on Dundee Wanderers Men’s 1st XI from 4.00pm in the final day of Men’s National Divsion One.

For Clydesdale, if there was ever a dead rubber game, this would be it.  Thankfully, unlike recent seasons, Clydesdale have avoided the drama of a relegation play off, but unfortunately are unable to catch Western Wildcats in the top 4 European Play-Off spots – with Wildcats holding an unassailable seven point gap.  More factually, the M1s will finish 5th in Men’s National Division One regardless of what happens against Wanderers.  For the visitors, they are in a four-way battle to finish in a safe 6th position, so a win here would be vital to their season.

The last time the two sides played each other back in November, Wanderers won 4-3 despite a hat-trick from Struan Walker.

Clydesdale Men’s 2s also sign off tomorrow with an away visit to last season’s champions of Men’s Regional Division One, Grange 2s (12.30pm PB at Fettes College).  The M2s won 5-1 when the two sides first played each other back in November.  A win for the M2s would guarantee a 3rd place finish.

Clydesdale Western 2s play the opening home game of the day against Watsonians 2s from noon.  Last weekend featured a bizarre 24 hours in which league challengers, Edinburgh University 2s went from gaining the Women’s Championship Division One initiative to handing the initiative back to ‘Dale Western 2s.  It now means the L2s need to win all of their games to be champions.  The L2s won the previous meeting against Watsonians 2s 3-1 at Tipperlinn.  Clydesdale Western 3s play away to George Heriots FP 1s (1.30pm PB) in hope they can Grove Menzieshill 2s in 4th place in the Championship league.

Good luck to all of our teams this weekend – especially to Clydesdale Western 1s.  Whatever happens, the club are delighted with your efforts!  Well done to our Men’s 1s & 2s who, after a lot of hard work before and throughout the 2017-18 season, complete their seasons before enjoying the festivities of the Men’s Hockey dinner from 7.30pm!