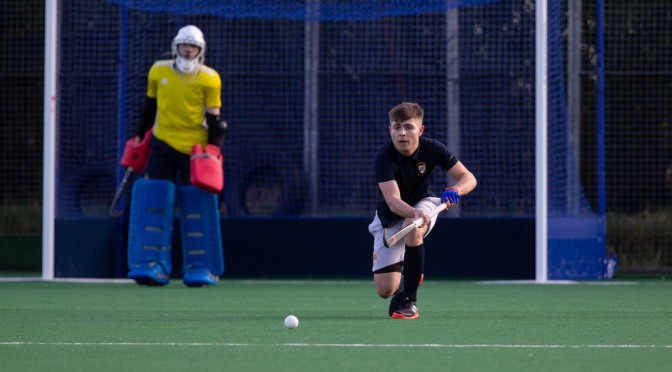 Clydesdale 1s bid for a high finish in the Men’s Premiership continues when they host Dunfermline Carnegie 1s from 3.00pm at Titwood on Saturday.

A home win coupled with a Western Wildcats 1s win over Edinburgh University 1s could see Ciaran Crawford’s side move to within a point of Uni in third place.

Clydesdale have been in decent form since returning to outdoor hockey this year with two wins and two draws from their last five games. One of those draws came away to Saturday’s opponents Carnegie, with the Titwood boys perhaps unfortunate not to have taken all three points after a 5-5 final scoreline. Three points tomorrow would also seal a third straight win following wins against Edinburgh Uni and Watsonians 1s in the preceding two weekends.

The M1s will welcome back captain Andrew Allan to the squad having been a late call off last weekend following the birth of his son. Allan’s return means Crawford is in the luxurious position to have the majority of his players available for Saturday’s clash with their Fife opponents.

Clydesdale Western 1s will be put to the test yet again in their hopes of being crowned Women’s Premiership champions with a visit to current champions Edinburgh University 1s at Peffermill from 2.30pm.

Derek Forsyth’s side currently sit second in the league table, three points behind Watsonians 1s. But the Titwood girls still hold a game in hand against the club from Myreside and also boast a better goal difference, meaning a win from the aforementioned spare game would be enough to return to top spot.

The L1s game in hand is against Edinburgh Uni, but Saturday’s contest with the student side is not the rescheduled contest and was already part of the original fixture list set up by Scottish Hockey prior to the outdoor return. Clydesdale Western’s game in hand is still to be confirmed with regards to a date and pushback time.

‘Dale Western bounced back from defeat two weekends ago with a 5-1 win over GHK 1s at Titwood last Saturday. Fiona Semple was the star performer of the day following an impressive display that culminated with a hat-trick.

A number of games for Clydesdale & Clydesdale Western take place at Titwood on Saturday, starting with a 10.30am pushback for the M4s.

At 1.30pm, Stuart Banford’s M2s side welcome Hillhead 2s in the Men’s Regional Division and at 4.30pm, the L3s take on George Heriots FP 1s in the B Division of the Women’s Championship.

The two away fixtures starts with Donald Amour’s L2s team in the A Division of the Women’s Championship against Erskine Stewart’s Melville 2s at 12.30pm. And the L6s visit Millerston to take on Strathclyde University 2s in Women’s West District Division Three – 2.15pm pushback.