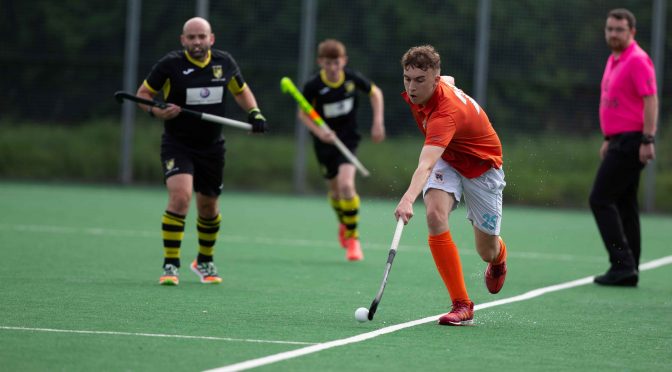 Clydesdale Men’s 2s will look to continue their 100% start to the season when they host Watsonians 3s from 11.30am in the Men’s Regional Division.

The M2s followed up an opening day three points with a comfortable 3-0 win in Edinburgh against Inverleith 2s. Stuart Banford’s side will face another Edinburgh side on Saturday in a bid to make it three wins from their opening three games, but this time at home to Watsonians 3rd XI.

The two sides have not been known to have ever played each other, particularly in the Men’s Regional setup. But Watsonians 2nd XI have proven to be tough opposition in the past, so if their 3s are anything similar then this will be a good test for ‘Dale 2s.

The L4s have traditionally been a side set up with ex-Scotland and Great Britain internationalists of the 80s and 90s flanked by the club’s upcoming youth. And with veterans Marg Taylor, Ann Menzies and Ellen Murray all in line to feature on Saturday, the L4s squad for the 2021-22 campaign will be quite similar to previous seasons, whilst maintaining their hope to be at the top end of Women’s West District Division One come the end of the season.

A threat to the L4s top-of-the-table ambitions will certainly be Ardrossan 1s, who have been champions of this division in previous seasons and will no doubt be aiming for similar.

Clydesdale Western 6s complete the card of home games when they take on Uddingston 3s from 4.00pm in Women’s West District Division Three.

The L6s team has proven to be a successful inauguration to many a youngster starting senior hockey for their very first time. And the 2021-22 season will be no different as captain Rachel Brewer will have a keen eye on who can impress in their bid to quickly rise through the senior set up of Clydesdale Western.

Last weekend saw the L6s start their season off with a 4-0 loss to GHK 4s. No major cause for concern in truth as Brewer’s team have historically focused on performance and familiarity first. But hopefully a strong performance this Saturday can turn into a positive result against Uddingston 3s in the last pushback of the day at Titwood.

The L2s, like the M2s, have begun their league season with two wins from their opening two fixtures. And Donald Amour’s side will be hoping to keep up that trend when they face a Waverley side that will be hoping to bounce back from defeat last Saturday.

Inversely, ‘Dale Western 2s were in goalscoring form last Saturday, putting five past Grove Menzieshill 2s without conceding at the other end.

Clydesdale Western 3s will have a challenging game on Saturday in the Women’s Championship as they play Edinburgh University 2s at Peffermill – 1.00pm start.

The L3s have yet to register a point from their start to the season. Despite a good performance in a narrow loss to George Heriots FP 1s, the L3s were humbled 1-5 at home to Erskine Stewart’s Melville 2s last Sunday.

And the task does not get much easier when ‘Dale Western 3s face Edinburgh University 2s. Uni 2s were the last champions of a completed season in the Women’s Championship and will no doubt be keen to repeat the feat by the end of the 2021-22 season.