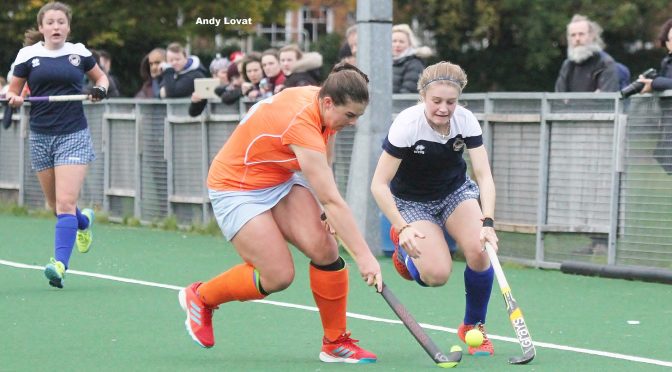 No action for the M1s, but our West District representated teams return to hockey following the October break. Meaning ten Clydesdale & Clydesdale Western teams are in action on Saturday.

Clydesdale Western 1s will be aiming to return to winning ways when they host Grove Menzieshill from 3.00pm in the Women’s Premiership on Saturday.

Following four wins from their opening four league games, ‘Dale Western fell in their top of the table fixture against Dundee Wanderers 1s at Dalnacraig last weekend – which saw the Titwood girls drop to third, three points behind Wanderers in the Women’s Premiership table.

But Derek Forsyth’s side will be keen dust off their recent woe when they play another Dundonian side in Grove Menzieshill, this time at Titwood. The L1s won both fixtures between the sides last season, having followed up a 3-1 home win with a 4-1 away win.

Team news sees Laura Paul return to the fold, whilst Susie Allan is expected to feature in the L1s team on Saturday for the first time this season.

The M4s start the day off with a 10.30am pushback in Men’s West District Division Two at home to Giffnock 1s. Giffnock 1s currently occupy top spot, having won all four of their games, whilst the M4s are still waiting for their first win of the season. The M2s pushback at 11.00am in Men’s Regional Division One at Fettes College against Grange 2s. Men’s Regional One has, at the moment, proven to be quite an open league this season, with only five points between first and seventh place. Grange 2s are second and hold a three point lead on the M2s in fifth place. The Edinburgh side won both league meetings between the sides last season. The M3s have a rather tricky fixture away at Wellington School against Ayr 1s from 1.30pm in Men’s West District Division One. Both sides have three points, and will be keen to acquire more to push themselves up the table. The M5s complete the men’s fixtures, when they play away to Dumfries Men’s 2s from 3.30pm in Men’s West District Division Three South.

In Women’s Championship Division One, the L2s are away at Dundee International Sports Centre to play Grove Menzieshill 2s (2.30pm PB), whilst the L3s host last season’s champions Edinburgh University 2s (12.00 noon PB). The L2s will be hoping to resurrect their slim hopes of challenging for top spot as they head into tomorrow’s clash without a win in three league games. The L2s did beat Women’s National Division Two side Erskine Stewart’s Melville a fortnight ago, to show signs that they could be turning a corner. The L3s will be hoping to keep up the heat on league leaders and champions Edinburgh University 2s. The student side’s 3rd XI were beaten 2-0 off the L3s last Saturday, meaning there is only a two point gap between the two sides going into their noon pushback. The L4s, looking to make it three league wins in three, host Troon 1s from 1.30pm in Women’s West District Division One. The L6s, like the M5s, make the trip to Dumfries – but instead take on Dumfries Ladies 2s in Women’s West District Division Three from 1.30pm. The L5s complete Saturday’s fixtures with a 4.00pm PB in Women’s West District Division Two away to Glasgow University 4s.