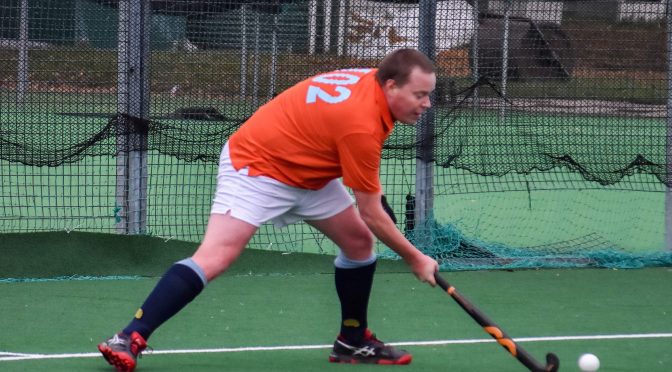 Clydesdale Men’s 1s make a return to indoor action in their first set of crossover Pool matches in Men’s National Indoor Division One on Saturday at Bell’s Sports Centre.

After their opening seven games, the Titwood boys collected four points – which included a stunning comeback win against indoor giants Inverleith. On the completion of all classification matches, Clydesdale finished bottom of the league standings, and have gone into Pool A of the crossover fixtures. Pool A’s opponents consist of Inverleith, Grange and Western Wildcats.

The crossover Pools will see teams carry over points they have collected against their respective opponents in the opening set of fixtures into their respective Pool. M1s will carry all four points collected in the classification round following their win against Inverleith and a draw with Grange. Inverleith top Pool A with six points to their name. Grange also have the same number of points as Clydesdale, but are ahead in the table due to a better goal difference. Wildcats are bottom of Pool A with three points – but those three points came at the hands of the M1s, who they beat during the classification period.

With it all being very much to play for in Pool A, Clydesdale’s first crossover game is against Western from 10.10am, before facing Inverleith from 1.50pm.

The L2s are currently 6th in WNIL2, nine points above bottom placed Inverleith 2s. A point in any of their three games on Sunday, which coincidentally are their last games of the indoor season, will guarantee their safety.

‘Dale Western 2s have the early start of 9.00am when they face Grove Menzieshill 2s. At 12.40pm, Inverleith 2s are the L2s next opponents before finishing off against Granite City Wanderers 1s, 4.10pm PB.

All six of our West District representing teams are in action, which includes a full card of games at Titwood on Saturday.

The M4s will make their delayed return following last weekend’s postponement with a 12.00 noon PB against East Kilbride 1s at Titwood. The M4s will have the advantage going into the game as they sit a point above their opponents in Men’s West District Division Two.

The L6s then face Hillhead 4s from 1.30pm in Women’s West District Division Three. Rachel Brewer’s side will hope to build on their powers of recovery from last Saturday having drawn 3-3 with Strathclyde Uni 2s, despite being 3-0 down. On Sunday, they will have another home game against East Kilbride’s Ladies 2s, also from 1.30pm.

Back to Saturday – at 3.00pm, the L4s will hope to stay in the fight to challenge for the top prize in Women’s West District Division One. Recent defeats have seen their attempts being halted, but L4s skipper Marg Taylor will hope that is nothing more than a blip when they host Glasgow University 3s.

The M3s finish off the card of home games on Saturday with a 4.30pm start against Western Wildcats 3s. Craig Bradley’s team are currently 6th in Men’s West District Division One, but three points could see them jump into the top half of the table.