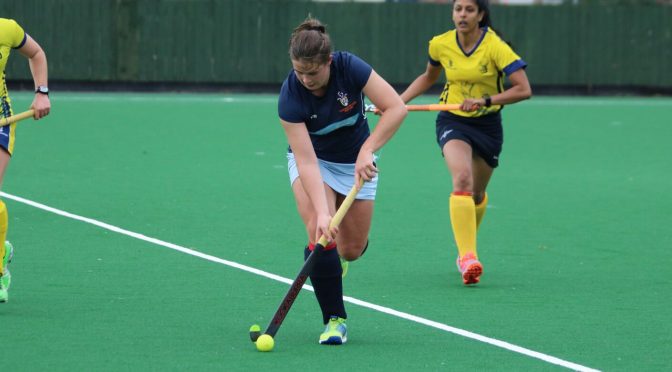 With boys districts taking place over the September holiday weekend, there is only three teams in action and they are all ladies teams.

Clydesdale Western 1st XI will hope to keep their unbeaten start to the season going when they take on Hillhead 1s at Old Anniesland from 3.30pm.

Despite drawing their opening game of the season, the L1s have been in impressive form, winning their last three matches in all competitions.

Meanwhile, their hosts are still searching for their first league point of the season having lost all three of their opening games and will be keen to get their season off and running.

Clydesdale Western’s 2nd XI are at home to Watsonians 2s from 3.00pm in Women’s Championship Division One.

The L2s have only played one game in the league so far, having surrendered a 2-0 lead to George Heriots FP 1s to draw 2-2 three weeks ago.  ‘Dale Western 2s will be in buoyant mood from last week’s Women’s Scottish Cup tie, however, considering they almost knocked out cup holders and last season’s treble winners, Edinburgh University 1s on penalty flicks having drawn with them in normal time – but ultimately losing out 4-2 in the shoot out.

Their opponents, Watsonians 2s have won and lost a game each in Women’s Championship Division One already but will be keen to take some points back to Edinburgh.

Completing the weekend’s card of games are Clydesdale Western 3s who are the first of the three games to pushback when they play away to Waverely Inveresk Trinity 1s from 1.30pm.

The L3s have had a sensational start to their season, having won both of their opening league games in Women’s Championship Division One and are in the next round of the Women’s Scottish Cup having dumped Kelburne 1s out last weekend.

Their hosts, Waverely Inveresk Trinity 1s have played the most games in Women’s Championship Division One, but have had mixed results – winning and losing two each – and will be keen to put a consistent run of form together when the L3s make the trip over to Edinburgh.

Best of luck to our three Clydesdale Western teams this weekend!