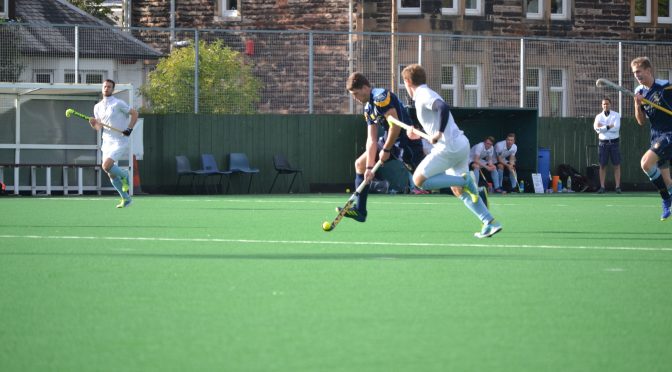 Plenty of games over the weekend including cup and plate games.  However, our attentions for now are on Saturday’s league games, which feature both 1st XI’s at home.

The Men’s 1st XI feature in the first of two games at Titwood as they take on fierce rivals Western Wildcats from 2.00pm.  Despite a difficult first two games to start the season, the 1s have regrouped and have put together a winning run of form consisting of four wins from four in all competitions.  But Saturday’s visit of Western Wildcats, who have had a superb start to the season winning four and drawing one in the league, will certainly give our boys a test when the two go head-to-head.  The last time the two met was back in March with Wildcats storming to a 4-0 win at Titwood.

The Ladies 1st XI take on Western Wildcats Ladies 1st XI after the Men’s game at 3.30pm.  Wildcats Ladies side have had an unbeaten start to the season, which included knocking Clydesdale Western out of the Scottish Cup by penalty flicks.  ‘Dale Western 1s have had an indifferent start to the season, with last weekend’s draw to Watsonians dropping them outside the top four positions in the league.  However, the girls will be itching to get their season back on track with a positive performance against the league leaders.

In the other games, the Ladies 2s and 3s take to the field away to Edinburgh against George Heriots 2s and Edinburgh University 3s respectively.  The Men’s 2s complete the card of Saturday games with an away fixture to Uddingston 2s at 4.30pm.

Good luck to all of our ‘Dale & ‘Dale Western teams for Saturday!