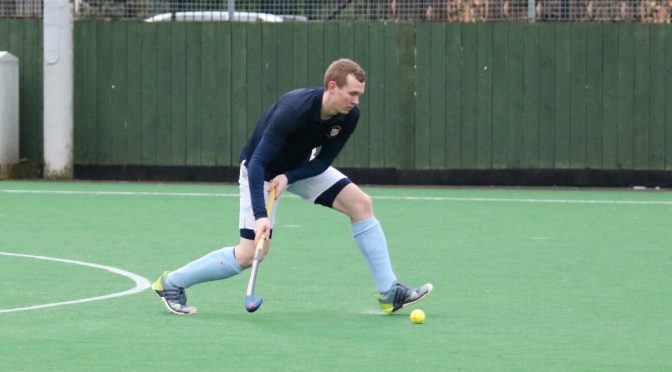 We’re all set to go as the M1s, M2s, M5s, L1s, L2s, L3s & L6s get their league season underway. They will be joining the other four Clydesdale & Clydesdale Western teams who have already got their season underway. To find out more about this weekend’s games, please read our ‘Weekend Preview’ below.

The M1s will take on Wildcats in the newly branded Men’s Premiership as designed by Scottish Hockey. The branding is part of a wider initiative to bring the club game closer to the international game. One aspect of this campaign is a change in timing regulations – with four 17 and a half minute quarters now in force as opposed to two 35 minute periods.

There have been notable changes for the Men’s 1st XI going in to game one of the league season. Head Coach Ciaran Crawford will be without forward and a homegrown ‘Dale player in Patrick Lonergan, who has moved to Manchester. Incoming arrivals sees the return of Nigel Lucas from Edinburgh University, having represented ‘Dale in the first half of the 2017-18 season.

In addition to Lucas, the M1s also welcome defender Ben Wilson from Grove Menzieshill and Ali Douglas from Highland. Wilson was involved in Menzieshill’s EHL campaign in April of this year, whilst Douglas has had summer involvement with the Scotland U16 Boys squad. All three are expected to feature in tomorrow’s game as the M1s have near enough a full squad available.

In last season’s meetings, the M1s bounced back from a 2-0 home defeat in November, to take a point in a 1-1 draw a few weeks later at Auchenhowie. Wildcats went on to finish third in the table, whilst the M1s missed out on a top four Play-Off spot – a target that is keen to be achieved by Clydesdale Men’s 1s this season.

Clydesdale Western 1st XI will hope to go one better this time round in the season as their Women’s Premiership campaign begins with a home fixture against Hillhead from 5.30pm.

Last season, the L1s missed out on both the league title and the Play-Off Final – losing 2-0 to Western Wildcats at Glasgow Green in April. Like the Men’s Premiership, the Women’s Premiership will be ‘like for like’ in their approach, meaning all games will be timed in quarters.

The L1s have had some ins and outs during the summer. Out sees Millie Brown, Ali Eadie and Georgie Smith leave Clydesdale Western, whilst Heather Howie has transferred to Dundee Wanderers due to work commitments. Incoming sees the return of Holly Steiger, who having completed her studies up north also achieved promotion to the Women’s Premiership with previous club Gordonians as captain. This season also sees the return of Ali Howie, who returns from a serious knee injury suffered at the end of the 2017-18 season. Howie has since called time on her Scotland career, but is in line for her first competitive game this Saturday in over 18 months.

Continuing our concentration on Saturday’s game, the L1s will be without Jen Eadie, who is injured, whilst Emma McGregor is unavailable. Youngster Annabel Ballantyne is in line for her ‘Dale Western 1s league debut after a successful involvement in last season’s EuroHockey Club Challenge I.

Another nine games this weekend for our Clydesdale & Clydesdale Western teams. Our Men’s teams will simply be involved against Kelburne, whilst there are cup matches for the L4s & L5s on Sunday.

The M2s get their season in Men’s Regional Division One underway with an away fixture to Kelburne 2s from 1.30pm. The M2s had, by their standards from the previous season, a disappointing 2018-19 finishing second bottom of the league. With the addition of three M1s players, the M2s will hopefully be stronger along with extra experience gained in the younger players. The M4s will be aiming to pick up their first points of the season when they host Kelburne 5s from 1.00pm in Men’s West District Division Two. Before that game, the M5s will start their Men’s West District Division Three campaign off at home to Kelburne 6s from 11.30am.

The L2s and L3s begin another season in Women’s Championship Division One, whilst the L6s also get underway. The L2s are away at Upper Windyedge from 3.30pm to play newly promoted Hillhead 2s, whilst the L3s visit Dundee to play Grove Menzieshill 2s from 1.00pm. Similarly to the Men’s 2s, both the L2s & L3s will hopefully benefit from new arrivals not only to the L1s squad but to their own respective squads with new and returning faces aplenty.

The L6s are away in Women’s West District Three to play Hillhead 4s (12.30pm), whilst the L5s in the Division above are at home to East Kilbride 1s from 2.30pm. The L5s are then in action the following day in the First Round of the Women’s West District Cup away to Glasgow Accies 2s from 2.30pm. The L4s are at home in same competition to play Kelburne 3s from 2.00pm.