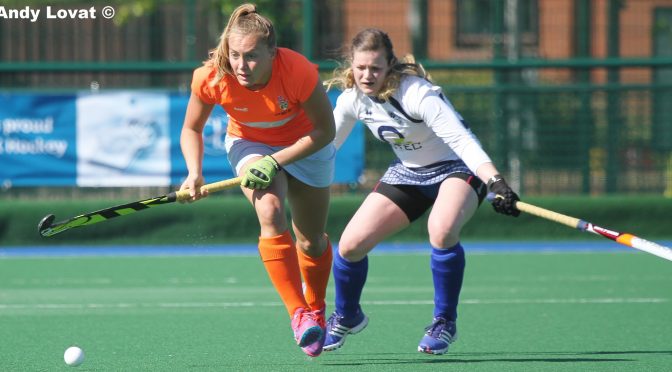 We’re well in to the first half of the season.  Can the M1s keep top spot and can the L1s keep up with the pacesetters?

Clydesdale Men’s 1s are back in home action this Saturday in their bid to keep hold of top spot in Men’s National Division One when they host Play-Off Champions, Grove Menzieshill from 3.00pm.

The M1s took top spot after their thrilling 5-4 win away to Uddingston last weekend.  Their opponents, Menzieshill are a few games behind in the league schedule but have won all three of their league matches.

Clydesdale will be hoping to keep in pole position of MNL 1, but the visitors won both league encounters last season.

Clydesdale Western 1st XI take on Grove Menzieshill’s Ladies 1st XI on Saturday from 4.30pm, with both sides aiming to keep up with the Women’s National Division One front runners.

The L1s last played in a narrow 3-2 defeat to Dundee Wanderers, who have since been replaced at the top of WNL 1 by Western Wildcats.  ‘Dale Western sit 5th, four points adrift at the top, whilst Grove are three points behind in 3rd.

The home side have no injury concerns, bar captain Ali Howie who remains absent with a knee injury and Jen Eadie with a broken finger, but the girls will be hopeful of a good performance.

Five other games take place on the Saturday, whilst one of those teams have another game on Sunday.  The M2s will hope to get their first points on board when they host a usually experienced Watsonians 2s side from 1.30pm.  The M3s, who picked up their first points of the season last weekend, play the first pass back of the day at ‘Dale from 10.30am when they take on GHK 1s.  Both M4s and M5s have away games to Kelburne 4s (3.00pm) and Uddingston 5s (12.00 noon) respectively.  The L2s have a double header at home when they play Haddington on Saturday (12.00 noon) before playing Edinburgh University 3s from 3.00pm on Sunday.