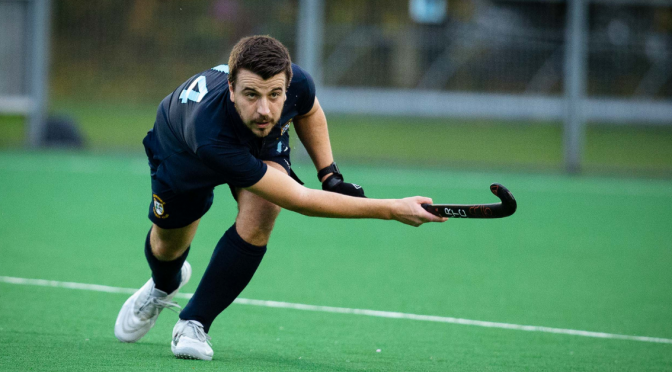 Clydesdale 1s will be hopeful of three points and favourable results elsewhere when they play their final game before the split of the Men’s Premiership at home to Hillhead from 1.30pm.

The M1s are currently seventh in the table with one game remaining of the Men’s Premiership campaign before the mandatory split of a top and bottom six after one round of games against their eleven opponents in the league.

Clydesdale are level on points with Uddingston 1s, but the South Lanarkshire side – who also have a game in hand – hold a marginally better goal difference. Realistically, ‘Dale will need to beat Hillhead and hope that Uddingston drop points to league leaders Western Wildcats 1s on Saturday as well as their game in hand to Watsonians 1s to stand any chance of a top six finish before the split.

Head Coach Ciaran Crawford is likely to welcome back Ben Wilson, Graham Dunlop and Jack McKenzie to the side having been unavailable for last Sunday’s 6-4 loss to Grange.

Clydesdale Western 1s are aiming to keep hold of top spot in the Women’s Premiership before the league split when they host a double header against Hillhead 1s on Saturday and Dundee Wanderers 1s on Sunday – both 3.00pm pushbacks.

Superlatives are at risk of becoming overused to describe the L1s current form just now. But it’s hard to argue against it when the stats back it up – nine games, nine wins, fifty-three goals scored, three goals conceded, eight clean sheets including a current run of seven in a row.

But Head Coach Derek Forsyth will be keen to avoid any complacency when they pushback this weekend, starting with Hillhead on Saturday. The west end side are already guaranteed a top six spot, but could sneak into fourth if results go their way. ‘Dale Western then welcome Dundee Wanderers, who sit second bottom with five points to their name, the following day.

Forsyth is not expected to make any major changes to the squad that put eleven past Erskine Stewart’s Melville on Thursday night.

For the first time this season since the inception of a sixth men’s team, all twelve Clydesdale & Clydesdale Western teams will take to the field on Saturday.

The first game on at Titwood will be the L2s aiming to get their Women’s Championship title challenge back on track against Glasgow University 2s from noon. The M2s will be in a similar situation when they welcome Western Wildcats 2s for a 4.30pm pushback in the Men’s Regional Division.

There are also two games on at Hutchesons’ Grammar School starting with the L6s who play Troon 2s at 1.30pm in Women’s West District Division Three. The M5s and M5s Development face off in a competitive interclub match from 3.00pm in Men’s West District Division Three. At the same time, the L3s are in Women’s Championship action away to Hillhead 2s at Upper Windyedge.