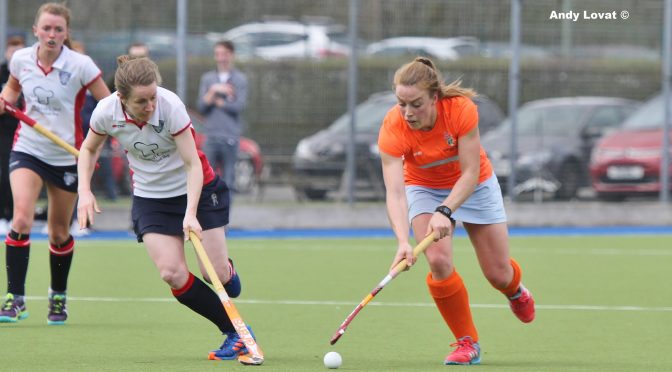 Slight change to the original fixture lists – no game for the M1s, but the L1s are one of seven ‘Dale and ‘Dale Western teams in league action.

Clydesdale Western 1st XI start their Women’s National Division One league campaign at Auchenhowie, where they will take on Western Wildcats from 2.30pm.

The L1s narrowly missed out on the league’s top prize last season – with Edinburgh University sealing the title on the final day of the 2017-18 season.  The girls will be keen to get their league season off to the best of starts against, what will no doubt be, a tough Wildcats side.

Clydesdale Western have added a few new faces to the squad and will also have a lot more international experience in their ranks with Frances Lonergan, Millie Steiger and Lexi Sabatelli all being capped at Senior level over the summer.

The M2s start their Men’s Regional Division One season with a tough game at home against local rivals, Kelburne 2s (1.00pm PB).  Both teams enjoyed home success in the league encounters last season, so this could go either way.  The L2s, who like the L1s, missed out on league success in the Women’s Championship Division One last season and will be keen to start their season strongly.  They host George Heriots FP 1s from 2.30pm.  Originally, George Heriots FP 1s were meant to play the L3s last weekend, however, both teams agreed on a rescheduled date.  This means the L3s will open their Championship Division One season this weekend against Watsonians 2s at Tipperlinn from 12.30pm.  The L4s, who had a ‘Jekyll and Hyde’ 2017-18 season, play Western Wildcats 2s from 4.00pm at Titwood in the Women’s West District Division One league.  The L5s, who have promoted to Division Two, will visit Argyle 1s (12.30pm PB), whilst the L6s – who stayed up in Division Three – will play at Hutchesons Grammar School from 3.00pm against Hillhead 4s.  There are also two friendlies scheduled for the M3s, 4s and 5s.  A combined M3s/4s play Kelburne 3s/4s from 11.30am at Titwood, then a combined M4s/5s team play at Hutchie from 1.30pm against Kelburne 4s/5s.

Best of luck to all of our teams who start their league campaigns this weekend.  A few home games on show, so please do your best to support our teams in action!