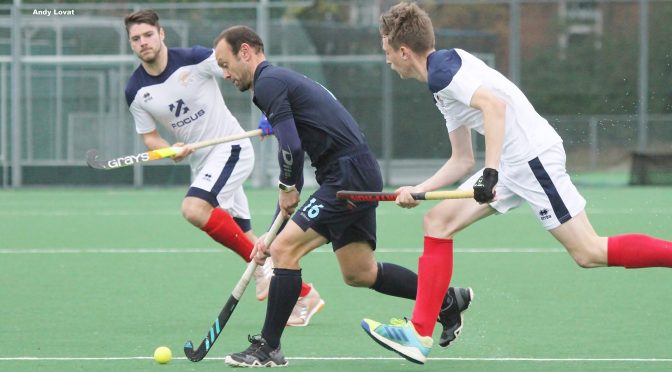 Only four games taking place over the weekend – which takes centre stage in the ‘Weekend Preview’ – due to the October holiday being in effect. All West District hockey (unless scheduled) has another weekend off.

Clydesdale Western 1s head into their third straight title rival clash in the Women’s Premiership on Saturday when they visit Dalnacraig to take on league leaders Dundee Wanderers 1s from 3.30pm.

‘Dale Western 1s have already won all four of their league matches, including wins over Western Wildcats 1s – last season’s Play-Off champions – and Edinburgh University 1s – last season’s league champions – in the past two weeks. The results see the L1s sitting second in the Women’s Premiership, with Saturday’s opponents in Wanderers sitting top having won all four of their league matches too. The Dundonian side have a goal difference advantage of five goals on Clydesdale Western.

Dundee Wanderers did win both league matches last season, including a 2-1 win on the last day of last season which effectively handed the league title over to Edinburgh Uni. The L1s did gain their revenge a week after, winning 5-3 in a pulsating Play-Off Semi Final contest at Titwood in early April.

Having missed last weekend’s games against Uni, Ali Howie will make a return for Derek Forsyth’s side in an otherwise unchanged line up.

Clydesdale Men’s 1s will be aiming to stop a run of two straight losses in the Men’s Premiership and keep up their top four ambitions when they take on Grove Menzieshill 1s from 2.30pm at Dundee International Sports Centre (DISC).

Having taken four from a possible six points, ‘Dale have lost back to back league games to Edinburgh University and champions Grange in recent weeks. But the M1s did bounce back in the Scottish Cup, defeating fellow Premiership side Uddingston on penalty strokes. Meanwhile, Menzieshill have three out of four wins in the league season so far, but will be smarting from their 4-3 loss to Uddy last Saturday.

The ‘Hill comfortably won 4-0 in last season’s league meeting at Titwood, but the two sides drew 1-1 at DISC at the start of 2019. The Dundee side did, however, knock the Titwood boys out of the Scottish Cup at the Quarter Final stage back in March.

Ciaran Crawford has a full squad available to choose from, including the returns of veteran Graham Dunlop and defender Antony Small to his side.

In the weekend’s only home game, Clydesdale Men’s 2s will host Edinburgh University 2s in Men’s Regional Division One from 3.30pm.

Men’s Regional Division One has been fairly open so far, with the top six teams only being separated by a point. The M2s and Uni 2s both sit on the same number of points, but the student side sit third in comparison to ‘Dale 2s, who are fifth, as virtue of a better goal difference. Clydesdale 2s were bang on form last Saturday as they comfortably beat Grange 3s 5-1 at Fettes College.

Edinburgh Uni 2s were last season’s Regional One champions, with their success coming down to a blistering start to the league campaign as cited by their 5-2 win at Peffermill over Stuart Banford’s side in October last year. The M2s did regain a bit of credibility with two strong performances against the students 2nd XI in league and cup. The District Cup meeting in November saw the student’s prevail on penalty flicks after battling out a 3-3 draw, before coming up trumps again in the league with a narrow 2-1 win – both games were at Titwood.

After being unbeaten in their opening three games, including a narrow 1-0 win over the L2s, the L3s have been brought crashing back down to earth in recent weeks. ‘Dale Western 3s were clinically dispatched 4-0 at home to Stirling University 1s before being knocked out of the Women’s Scottish Cup by Grange EL 1s.

The two meetings between the two teams last season proved to be more successful for the away side than the home. A hattrick each for Gill Green and Helen McNaught gave the L3s a 6-0 win at Titwood, before Anna Winter scored in a 1-1 draw in the reverse fixture at Peffermill.