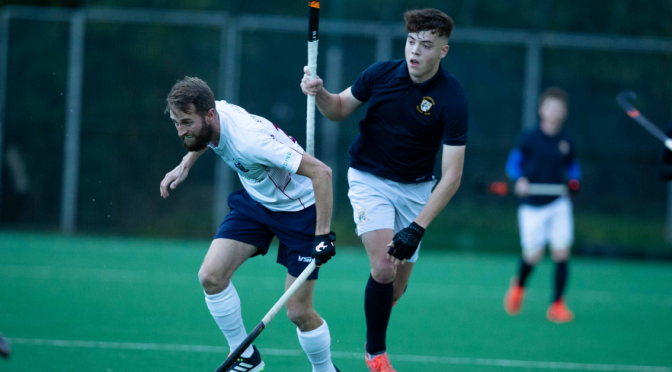 Clydesdale Western 1s will aim to bounce back to winning ways on Saturday in the Women’s Premiership when they host GHK 1s from 12.00 noon at Titwood.

The L1s suffered their first loss of the season last Saturday, going down 3-2 in the final minute to fellow title challengers Watsonians 1s. The defeat – unfortunately for ‘Dale Western – has now opened up a three-horse title race between the two aforementioned sides and Edinburgh University 1s.

With Uni and Watson’s facing each other this Saturday, the Titwood girls could potentially have the opportunity to move to the top of the Premiership but would need favourable results which would include a win against a GHK side who have always been challenging opponents in the past.

The previous meeting between the two Glasgow sides ended in a late 2-0 away win for the L1s courtesy of goals from Emma McGregor and Jen Eadie back in October last year.

Head Coach Derek Forsyth is expected to recall goalkeeper Cara McAllister to the fold. McAllister was rested in the L1s Scottish Cup tie on Wednesday for Iona Colquhoun but is expected to take up her regular spot between the posts having featured in every league game so far this season. Having scored on her 1st team debut last Saturday, Rosie Tudor could also be in line to retain her spot in Forsyth’s squad.

Clydesdale 1s are hoping to build on their excellent performance last weekend when they travel through to Edinburgh to play Watsonians 1s in the Men’s Premiership on Saturday.

Following two draws and a defeat, the M1s notched up their first win of 2022 with an impressive 6-2 win over Edinburgh University 1s at Titwood in their previous outing. But Head Coach Ciaran Crawford will know his side are in for just as tough a test against a Watsonians side who sit above ‘Dale in the table.

The last meeting between the two sides also finished in favour of the Myreside team having come from behind to win 2-1, but a win for the Titwood boys could see them up to fourth in the Premiership table.

Crawford will have Alex Lihou back after being unavailable last weekend, whilst Steven McKnight will hope to be in contention to make a return following a half season lay off.

There are two double headers for Clydesdale & Clydesdale Western teams this weekend.

The L6s feature twice in Women’s West District Division Three. Rachel Brewer’s side are involved on Saturday away to Troon 1s from 1.30pm before playing again on Sunday at home to Glasgow University 5s, 3.00pm pushback. The M4s also play on both days this weekend, starting with an away game against Rottenrow 2s from 12.30pm on Saturday in Men’s West District Division Two. Then on Sunday, the M4s travel south to play Dumfries 1s at 2.00pm.

The remaining game on Saturday is away and it features the L2s who visit Peffermill Playing Fields against Edinburgh University 3s at 4.00pm in the Women’s Championship A Division.