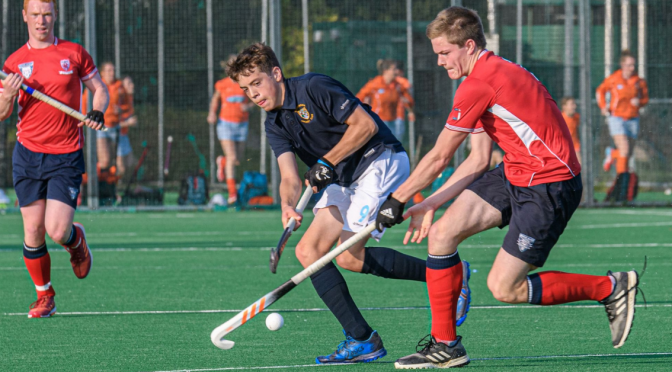 Clydesdale Men’s 1st XI will be aiming to build on their opening day win in the Men’s Premiership when they take on Western Wildcats Men’s 1s at Auchenhowie from 1.30pm.

‘Dale eventually eased to a comfortable 4-1 win away to Dundee Wanderers last Saturday. And it was all the more impressive given six Clydesdale players were debutants within the squad. Head Coach Ciaran Crawford will hope to hand out one more debut – this time to new recruit Jack McKenzie, a summer arrival from Kelburne. With the M1s having a near enough full squad available, McKenzie’s potential inclusion will be one of a number of selection decisions that Crawford will have to make for Saturday’s big clash with Western.

The home side, meanwhile, began their season with a 6-1 win away to Hillhead 1s and boast a strong squad at their disposal themselves. The last time these two sides played a competitive game, the scoreline finished 2-2 – the Milngavie side coming back from a 2-0 deficit in the final quarter at Titwood back in September 2019.

Clydesdale Western 1s continue their tough opening fixture list in the Women’s Premiership with an away trip to Auchenhowie to play Western Wildcats Ladies 1s from 3.00pm.

Last weekend, Jenny Eadie’s penalty corner was enough to give the L1s three points in their opening day clash with fellow title challengers Watsonians at Peffermill. Derek Forsyth will no doubt have been pleased by the result last Saturday, especially with his new players settling quickly in to the ‘Dale Western squad. And the L1s Head Coach has no long term absentees, so is expected to name a near full strength squad for Saturday’s contest in Milngavie.

Western 1s started the Women’s Premiership season with a 0-0 draw to Hillhead 1s last Friday. The home side have strong core of experience in their team, including ex-Scotland captain Kaz Marshall, and are likely to provide a stern test to Clydesdale Western’s resolve. October 2019 was the last time the two teams faced each other in a competitive setting, with the L1s sealing a 1-0 win at home.

The L2s & L3s in Women’s Championship Division One will both play at HGS, both at 1.30pm – but on Saturday & Sunday respectively. The L2s, hoping to build on their away win to Watsonians 2s last Saturday, are up against Grove Menzieshill 2s. 24 hours later, the L3s welcome Erskine Stewart’s Melville 2s.

Back to Saturday’s card, from 12.30pm sees the M2s take on Inverleith 2s in the Men’s Regional Division at Mary Erskine School, whilst the M5s travel to Millerston to play Stepps 2s in Men’s West District Division Three.