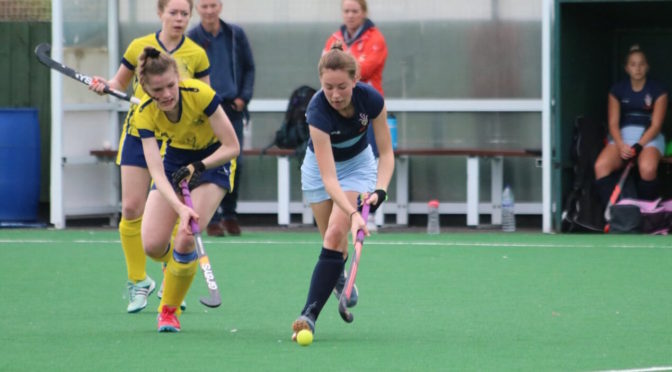 Ten teams in action on Saturday, and as we draw closer to the end of the season, the games are becoming more and more important especially for our M1s and L1s.

Clydesdale Men’s 1s hopes of reaching a top four spot in Men’s National Division One still remain alive, but will be put to the test when they take on league champions Grange in an early passback at Fettes College.

The M1s are hoping to bounce back from two straight defeats to Edinburgh University and Uddingston, which has now left them seventh in MNL 1, two points off fourth spot. Grange, on the other hand, know a win and a Western Wildcats loss could put them on the verge of sealing the league crown for a second season running. The last time the two sides met was in Clydesdale’s first home match of the season, which finished 1-1 after Struan Walker equalised late on.

Head Coach Ciaran Crawford has a full strength squad to call on, which includes the returns of Aidan Black and Sam Hayes to the ‘Dale team.

Clydesdale Western require a series of results go their way if they are to return to the top of Women’s National Division One when they play Grange EL from 12.30pm.

‘Dale Western’s league title fate is currently out of their hands following their 1-1 draw with Glasgow University last week, which league leaders Edinburgh University took full advantage of by thrashing Grange EL 9-0. Dundee Wanderers win over Western Wildcats also threw themselves into the mix to jump into second place. The L1s would require to beat Grange EL coupled with a Wanderers win against Edinburgh Uni to regain their fate. A draw between Clydesdale Western’s title rivals may also suffice, but could then open up a goal difference battle. The last meeting between ‘Dale Western and Grange EL was back in September, finishing 5-0 to the L1s.

A full squad, bar Jenny Eadie (wrist injury) and Karin Belch, is available for coach Derek Forsyth in their match at Fettes College.

The M2s know a point will guarantee safety from automatic relegation in Men’s Regional Division One on Saturday, whilst the L2s and L3s lock horns for the second time this season.

Quite a few games take place at Titwood, which begins with the L5s against Stepps 1s from 1.00pm in Women’s West District Division Two. The L5s are also in action on Monday night, when they play their rearranged fixture with Garnock 1s at home, 7.45pm PB. Two wins from two could take the L5s up to fifth in WWD 2.

Back to Saturday – from 2.30pm at Titwood, the M2s take on Grange 2s in Men’s Regional Division One. Seven points from a possible twelve have left the M2s in a position knowing that anything better than a loss on Saturday will confirm safety from automatic relegation. At 4.00pm, the L4s are up against Hillhead 3s in Women’s West District Division Two, before the L2s and L3s face off in Women’s Championship Division One at 5.30pm.

The M3s are away to Dumfries for a 2.15pm PB in Men’s West District Division One, whilst the M4s play Uddingston 4s at Bothwell Castle Policies in Division Two from 1.30pm. The L6s are the third and final team away at Glasgow to take on Stepps 3s from 1.30pm.