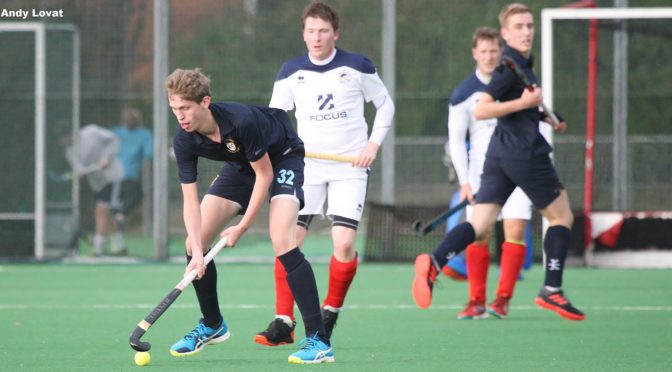 With our Men’s 1s playing this weekend, that is nearly all of our teams back to outdoor action.  Clydesdale Western 1s have been given dispensation to postpone their scheduled outdoor league game due to their involvement at EuroHockey Indoor Club Trophy.

Clydesdale Men’s 1st XI return to Men’s National Division One with a tricky away fixture to Grove Menzieshill at Dundee International Sports Centre.

The M1s are sitting goal difference behind Hillhead in fifth place in their bid to reach a top four spot come the end of the season.  Their opponents, Menzieshill, are five points off top spot in third and will be looking to bounce back from defeat in their last outdoor game to maintain their push for the league title.  The last time the two sides met in the league, it was Clydesdale who were top of the league and unbeaten – but their Dundonian opponents stormed to a 4-0 victory at Titwood.

For Clydesdale, no injury concerns for Ciaran Crawford regarding selection.  And Crawford has been boosted by the return of forward and last season’s captain, Patrick Lonergan to his plans.  Lonergan had missed the first half of the season having been abroad for his studies.

Seven other games take place over the weekend, with three men’s games all being played away on Saturday.  The M2s have another difficult task in their bid to avoid the drop in Men’s Regional Division One, when they take on Hillhead 2s at Old Anniesland from 3.00pm.  Their opponents are sitting second in the league and had beaten the M2s 4-1 in the corresponding fixture back in September.  The M3s will look to build on their recent run of form in Men’s West District Division 1A when they play Glasgow University 2s at Garscube, 2.30pm PB.  A win for the M3s – who lost 2-1 to GU 2s back in September – could see them go above their opponents into fourth place.  The M5s have the earliest passback out of all the eight games this weekend with a 12.15pm PB at Hermitage Academy against Helensburgh 2s.

For Clydesdale Western, the L2s host Uddingston 1s in a crunch match in Women’s Championship Division One from 2.30pm.  The L2s are playing catch up with Uddy 1s and league leaders, Edinburgh University 2s, but a win here could close the gap on tomorrow’s opponents to three points, as well as having a game in hand.  The L2s lost 2-1 in the season’s first meeting in early October.  The L2s will be hopeful of a few favours in their bid to be champions come the end of the season.  And as much as they will look to catch Uddingston 1s, they will also need Edinburgh University 2s to drop points too.  That favour could come in the form of the L3s who visit Peffermill to play Uni 2s from 2.30pm.  The experienced L3s do have a knack of upsetting the odds – having beaten Uni 2s last season and the L2s this season – and will be hopeful of coming up with something similar on Saturday.  Two games in the Women’s West District leagues are on Sunday, with the L4s visiting Glasgow University 3s from 3.00pm.  A win in their Women’s West District Division One fixture could see the L4s jump up to fourth in the league.  The L6s are at Titwood in Women’s West District Division Three against Dumfries 2s from 2.30pm.