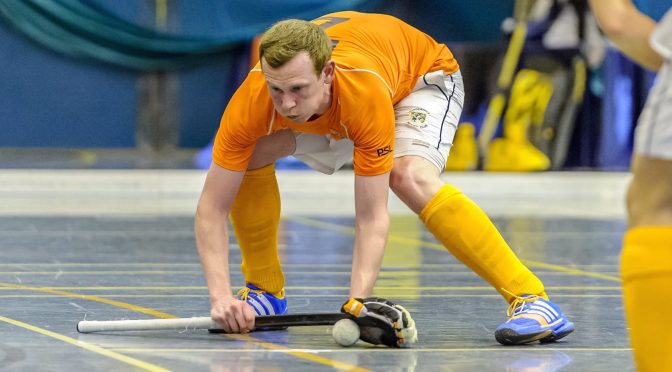 Our first ‘Weekend Preview’ that doesn’t feature any outdoor hockey also happens to be our last preview for 2018.  This weekend features both Men’s and Women’s indoor teams in action.

Clydesdale Men’s 1s continue their indoor season with a treble bill of games at Bell’s Sports Centre in Perth on Saturday.

The M1s lost out 8-3 to Inverleith 1s following a comprehensive 9-2 win in their first game against Kelburne 1s in Men’s Indoor National Division One last Saturday.  Their triple header begins against Grove Menzieshill 1s from noon before playing Western Wildcats 1s at 2.45pm.  The ‘Dale then finish off the day’s hockey by playing Grange 1s at 5.30pm.

Clydesdale Men’s 2s return to indoor hockey in the Coaching Hall at Bell’s Sports Centre after a weekend off follwing their double win from almost a fortnight ago in Men’s Indoor Regional Division One season.

Wins against Falkirk and Linlithgow 2s (12-5) and Watsonians 3s (9-4) gave the M2s the best possible start to their season in Regional One.  On Saturday, the M2s will face CALA Edinburgh 1s at 3.40pm before taking on league leaders, Glasgow University 1s from 5.30pm – GU have won all five of their games so far.

Clydesdale Western 1s have two early games as they continue their Women’s Indoor National Division One campaign at Bell’s Sports Centre on Sunday.

The L1s had a triple header of games last weekend.  Hillhead 1s and Dundee Wanderers 1s were their first and last games of the day and they proved to be tricky opposition – drawing 4-4 and losing 6-3 respectively.  The girls did register a win when they dished out a 10-0 hammering to CALA Edinburgh to give themselves four out of a possible nine points.

It’s an early start on Sunday for ‘Dale Western, who play Grange EL 1s in the day’s first passback at 9.00am.  Then the girls take on tough opponents in Edinburgh University 1s from 12.40pm.

Clydesdale Western 2s will hope to build on their excellent start to their Women’s Indoor National Division Two season as they continue their campaign on Sunday at DISC.

The L2s followed up a hard fought 4-3 win against Granite City Wanderers 1s by thrashing Kelburne 1s 7-0 last weekend.  For the L2s on Sunday, the toughest game of the two to be played will most likely be the opening game against Western Wildcats 1s, 9.15am PB.  ‘Dale Western 2s then complete their day by taking on Grove Menzieshill 2s from 1.50pm.