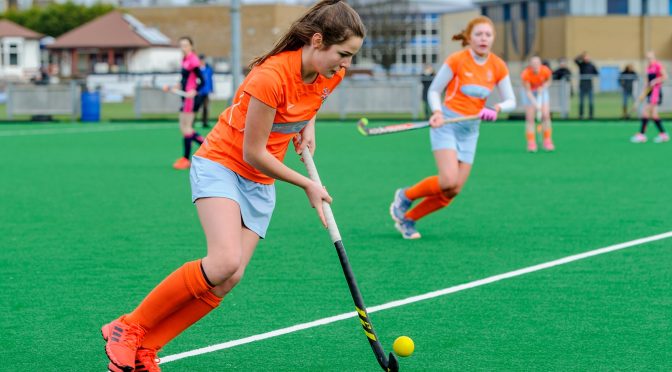 Three teams are in action this weekend – which coincidentally will be the final weekend before all eleven Clydesdale & Clydesdale Western teams take to the field on the same weekend.

As well as this, the club will be hosting the ‘Clydesdale Beach Party’ – details for this are at the end of the ‘Weekend Preview’.

Clydesdale Men’s 3s will hope to pick up their first points of the season when they visit Uddingston 3s for a 3.00pm pushback in Men’s West District Division One.

The M3s were arguably unfortunate to have gone home empty handed last week after their narrow 0-1 loss to Western Wildcats 3s – especially after a top performance from makeshift goalkeeper Matthew Lonergan.

There were a number of notable absentees from last weekend who now return to action including M3s captain Craig Bradley, veteran Ali Bleach and goalkeeper Dougie Mann. It will predictably be a tough game against an Uddingston 3s side which are expected to be similar to the M3s, with a blend of youth and experience in their squad.

Clydesdale Men’s 4s play Kelburne 4s at Linwood, 2.00pm pushback, with an aim to bounce back from a difficult opening start last weekend.

Coinciding with the M3s, the M4s were also missing a number of notable faces in their 1-5 defeat to East Kilbride last Saturday. This included the call of a recognisable goalkeeper, with the M4s playing eleven outfield.

No such problems for Saturday, as ‘keeper Graham Bryson returns to action, whilst Donald Amour is one of six adults looking to guide a number of young prospects through what will no doubt be an entertaining tussle with Kelburne 4s in Men’s West District Division Two.

Clydesdale Western 4s are in action for the first time this season in Women’s West District Division One, hosting Glasgow Accies for a 4.00pm pushback.

The L4s will once again be led by Marg Taylor who, along with a number of hockey veteran acquaintances, will look to lead through the latest crop of talented and upcoming ‘Dale Western youngsters.

Last season, the L4s finished 3rd in Women’s West District Division One, taking 26 points in the process. Whilst Glasgow Accies 1s, their opponents on Saturday, ended a place higher with a gap of eleven points in their favour.

The two sides also met in last season’s Scottish Women’s District Plate Final in May at the Glasgow National Hockey Centre – Cath Stirling scored both goals in a 2-0 win for Clydesdale Western 4s.

CLYDESDALE BEACH PARTY – KICK START THE SEASON BY SAYING GOODBYE TO THE SUMMER!

After the completion of games on Saturday, the club would like ALL members to do their best to attend the club’s first social of the season – the Clydesdale Beach Party!

To say goodbye to the summer (if you call it that!), the M2s and L5s are organising a night for all to enjoy. 7.00pm start, and do your best to come in as much beach wear as possible. Hawaiian shirts, shorts, sunglasses, hats…you name it!