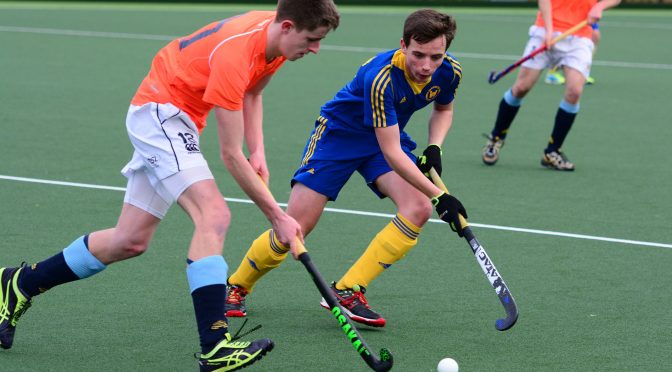 Only seven teams in action as we reach the middle of October, one of which has a double header over the weekend.

Clydesdale Men’s 1st XI will be hoping to maintain their recent run of form when they play away to Uddingston at 3.00pm.

After draws in their opening two matches, the M1s have followed that up with three wins on the bounce in all competitions – leaving them second in Men’s National Division One and in the Second Round of the Men’s Scottish Cup.

Uddingston have won two and lost two in the league this season, with their most recent result being a late win 2-1 against Kelburne last Saturday.  These games have always proven to be an entertaining tussle, and this weekend will most certainly be no different.

Clydesdale Western 1s will be hoping to bounce back from last Saturday’s defeat to Dundee Wanderers when they play Women’s National Division One newcomers, Glasgow University 1s from 1.30pm.

The L1s suffered their first defeat of the season when they went 3-2 down to Wanderers.  The girls will no doubt be itching to get back to form in order to keep up with the leading pack in WNL 1.  ‘Dale Western are fourth in the league, three points behind top spot.

Glasgow Uni 1s have already picked up their first win of the season when they beat Hillhead a month ago.  Despite having lost their other four games, the results and performances will give them the belief that they could get something from this contest.

The Men’s 2s will be in action twice over the weekend in a bid to kick start their season.  The M2s remain pointless from four league games but will be upbeat from their efforts last weekend when they take on Western Wildcats (12.00 noon PB) at Auchenhowie on Saturday and Edinburgh Uni 2s (2.30pm PB) at Peffermill on Sunday.  The L2s also play Edinburgh Uni’s Ladies 2s at Peffermill from 2.30pm but will take place on Saturday.  The M3s, in a similar position to the M2s, will hope to get their season off and running when they play away to Uddingston 3s from 12.00 noon.  The home games at Clydesdale starts with the M4s who play at 12.30pm against Giffnock 1s before the L3s host Stirling University 1s from 2.00pm.

Best of luck to all of our teams this weekend.  FYI, the club are hosting its October camp on Monday.  If you’ve yet to sign your child or children up, click the following link here.