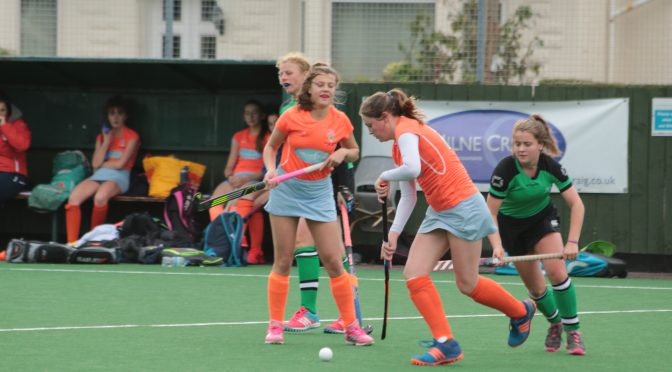 Our second ‘Weekend Preview’ of 2019 sees us welcome back our outdoor teams to action.  All four national league indoor teams are also in action over the weekend.

The M1s have had a difficult start in MNIL 1, having lost four games from five – the other being a win against Kelburne – to leave them seventh in the eight team league.

The boys have two more games before the league is split into crossover groups, so a big emphasis will be pushed into collecting as many points from Saturday’s games.  First up is Dundee Wanderers 1s from 10.10am, before taking on Dunfermline Carnegie 1s at 2.45pm.  Wanderers are sitting above ‘Dale in sixth courtesy of goal difference, whilst Carnegie are a point ahead of the other two respective sides in fifth place.

Clydesdale Men’s 2s will hope to collect another six points at Forthbank Sports Centre on Saturday in their bid to promote from Men’s Regional Indoor Division One.

The M2s have picked up maximum points from five of their six games and a point from the other against fellow promotion candidates, Glasgow University 1s.  The M2s, who sit third in the twelve team league, will take on Uddingston 2s from 12.55pm before playing the final game of the day against Dunfermline Carnegie 2s at 4.35pm.

Clydesdale Men’s 5s return to outdoor action on Saturday when they played their re-arranged fixture against Dumfries 2s.  The M5s, in Men’s West District Division Three, are sitting tenth in a twelve team league and are in need of some points to reach a respectable mid-table finish.  Karl Richmond’s side will be playing away to Dumfries 2s (2.30pm PB) having already re-arranged the fixture for a third time this season – the other two occasions were called off due to a waterlogged pitch.

Clydesdale Western 5s play their first outdoor fixture of 2019 at home to Giffnock 1s from 2.30pm.  Despite a difficult start following promotion to Women’s West District Division Two, the L5s have picked up thirteen from a possible eighteen points to lift themselves into fifth place in the league.  Trish Lonergan’s side are now three points off a promotion place going into Saturday’s game with the league’s bottom side, Giffnock 1s.

The L1s are in a pool with Grove Menzieshill 1s, Edinburgh University 1s and CALA Edinburgh 1s, carrying over the points they earned against the respective teams from the first round of games during the season.  Having picked up three points against all three teams earlier, the girls give themselves a great chance of making the Grand Play-Off Semi-Finals.

However, they will need to make sure they finish top two of their pool and they open with fixtures against Grove Menzieshill 1s from 11.05am, before taking on Edinburgh University 1s, 3.40pm PB.

Clydesdale Western 2s have a triple header of games on Sunday at DISC in Women’s National Indoor Division Two.

The L2s take on Bon Accord 1s from 11.30am before facing Dundee Wanderers 2s at 2.15pm.  ‘Dale Western 2s then finish the final game of the day at 5.00pm against Inverleith 2s.  The L2s are currently third in the eight team league.

The L6s are badly in need of points, sitting bottom of the league and two points adrift of safety going into their outdoor league match against promotion chasing Glasgow Uni 4s on Sunday.