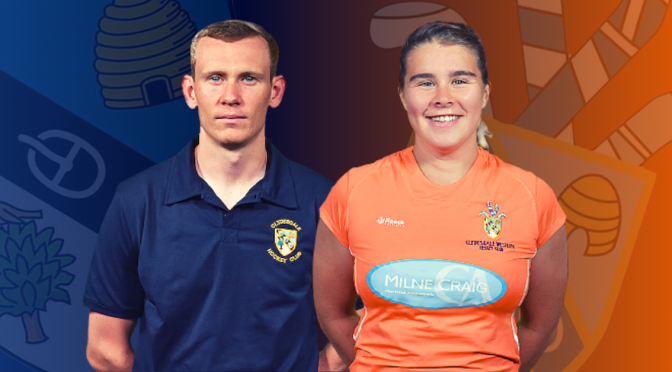 Clydesdale Western Ladies 1st XI start their return to competitive hockey with an away trip to Edinburgh against Watsonians 1s from 1.30pm at Peffermill in the Women’s Premiership.

Rewind back to 7th March 2020, the L1s swept aside Gordonians 1s to maintain the barest of goal difference advantages over Edinburgh University 1s in the Women’s Premiership table. On the hope by the end of that season would have been a championship win actually turned into an outcome that no person would ever have anticipated and would not want to happen again. Thankfully, a new season will begin on Saturday and the L1s, led by Derek Forsyth in his sixth year at the club, will be keen to start the campaign on a positive note.

‘Dale Western 1s have had major changes, in and out, on the eve of the 2021-22 season. Away departs Naomi Harkness, Julie Lonergan, Sarah Lonergan, Zara Mason and Martha Lawson. Incoming sees Argentinian recruit Paz Medina and goalkeeper Iona Colquhoun. And expect to see some of ‘Dale Western’s upcoming youth players involved this season such as Emma Murray, who has impressed during pre-season. Add in our Scotland mainstay in the likes of Jen Eadie, Millie Steiger and the recently capped Bronwyn Shields, Forsyth’s squad is looking strong.

Watsonians have proven to be sticky opposition in the past however. The last time the two sides met, the Myreside club pipped the L1s by a solitary goal. The home will no doubt be aiming to be Premiership challengers to Clydesdale Western, so this should be an excellent contest.

Clydesdale Men’s 1s will take the trip north to face Dundee Wanderers 1s at Dalnacraig from 1.30pm in the opening fixture of the Men’s Premiership.

Ironically, the last competitive game the M1s played? Dundee Wanderers 1s at Dalnacraig. The contest that day – also on the 7th March 2020 – finished 1-1, with Andy McAllan cancelling out Wanderers opener. Whether it would have been seen as a major dent to Clydesdale’s top four ambitions in the 2019-20 season is something players and followers will never know due to the events that followed. But the 2021-22 campaign starts on Saturday, and Head Coach Ciaran Crawford, getting ready for his third season in charge, will be positive for the season ahead.

Although there have been some notable departures in Gordon Amour, Nigel Lucas and Ben Galloway, Crawford still has available a strength in depth for the first time in quite a while. This includes current Scotland international Ben Cosgrove, who joined from Grove Menzieshill last year, along fellow Grovie and Men’s Premiership regular Alex Lihou. Both are set for their first ever competitive match in a ‘Dale shirt. Ex-Wales U21 player Sammy Kasto also joined at the same time, whilst the club also welcomed back former players Gregor Hirst and Patrick Lonergan. Add in ex-Kelburne Jack McKenzie and Euan Anderson from Strathclyde University, makes it seven new players through the Titwood door.

Dundee Wanderers will predictably be tough opposition to play against though, so the M1s will need to be at their best to hopefully get three points from their opening game of what will hopefully be a great season ahead.

Over the weekend, there will be a further seven matches, two of which take place on Sunday such as the M2s league opener at home to Hillhead.

Stuart Banford – preparing for season number five in Clydesdale coaching colours – sees his M2s side take on Hillhead 2s in a newly revamped Men’s Regional Division from 2.30pm on Sunday at Titwood. Before them is the M5s Development team, who will be hoping to build on the excellent point they gained last weekend as they play Helensburgh 2s from 12.45pm in Men’s West District Division Three, also at home.

The L2s & L3s begin their Women’s Championship Division One seasons, both away and both in Edinburgh. The L2s, like the L1s, face Watsonians – but their second team with a 1.00pm pushback at Tipperlinn. The L2s will be coached by Donald Amour this season, but is unavailable for the weekend’s game. The L3s have an earlier passback of 12.30pm away to George Heriots FP 1s.