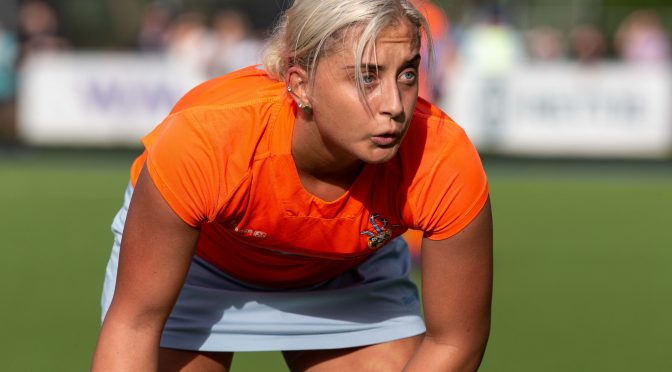 Clydesdale Western 1s will face Edinburgh University 2s on Sunday in the First Round of the Women’s Scottish Cup at Peffermill from 4.00pm.

Whilst the L1s play their hockey in the Women’s Premiership, their opponents for Sunday’s cup tie play in Women’s Championship Division One – coincidentally the same league that the L2s and L3s play in weekly.

Though there may be a large structural gap between the two sides, Uni 2s have been champions of the Women’s Championship Division One on a frequent basis in recent seasons, with some leagues wins being concluded with a large points gap from the rest of the chasing pack.

Nonetheless, Head Coach Derek Forsyth will expect to see the L1s into the next round is expected to name a typical line up synonymous to those who feature in the league campaign. Especially as there are no long-term absences or casualties to his regular squad. The last time these two sides met was back in April 2018 – the L1s winning 5-0 in the Women’s Scottish Plate Final at the Glasgow National Hockey Centre.

The M2s are the only men’s team in cup action, whilst the L2s, L3s and L4s take to the field on Sunday in their respective cup ties.

The M2s have made a solid start to the league season, having remained unbeaten following last Saturday’s draw against Edinburgh University 3s. And they will take on Glasgow University 2s in the First Round of the Men’s Scottish District Cup at Garscube from 4.10pm.

Head Coach Stuart Banford is likely to name a blend of youth and experience in his matchday squad as per usual. Banford is also boosted by the return of Dean Baber, who has been a long-term absence since pre-Covid. This will also, no doubt, be welcome news to M1s Head Ciaran Crawford with games coming thick and fast in the next four weeks.

The L2s and L3s, meanwhile, are also involved in the First Round of the Women’s Scottish Cup. The L2s visit Strathallan School to face Perthshire 1s at 3.30pm and the L3s take the short trip to Glasgow National Hockey Centre, taking on Kelburne 2s from 4.20pm.

Clydesdale Western’s earliest pushback of the day will be the L4s in the First Round of the Women’s Scottish District Cup. They will visit Upper Windyedge against Hillhead 3s – 12.00 noon start.