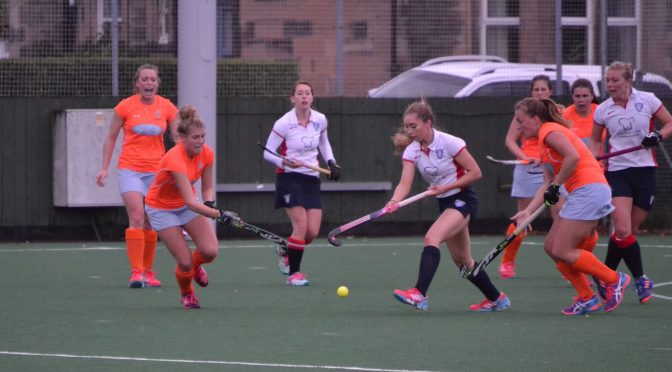 Not long left before outdoor hockey pauses over the indoor/winter/Christmas period, but all eleven teams are in action including both 1s teams at home in mouthwatering clashes.

Clydesdale Western 1st XI will hope to continue their pursuit of top spot in Women’s National Division One when they welcome fellow league challengers, Western Wildcats Ladies 1s from 5.30pm at Titwood.

Following three league wins on the trot, the L1s are now firmly back in their bid to claim top spot of WNL 1 by the end of the season.  The girls sit 3rd on 19 points, three points behind league leaders, Edinburgh University.  Wildcats sit in 2nd on 20 points, albeit having played a game more than ‘Dale Western and Uni but will have their own agenda when the two sides meet in the final passback of the day at Titwood.

As far as personnel goes, Clydesdale Western have no new injury concerns or absences, with Ali Howie (knee) and Anna Hoolaghan (ankle) still out with long term injuries.  Jen Eadie is unavailable due to her involvement with the Great Britain Elite Development Programme (GB EDP) in China.

Clydesdale Men’s 1s will hope to shake off their run of three straight home league defeats when they take on fierce rivals, Western Wildcats Men’s 1s at Titwood from 4.30pm.

The M1s hopes of a top four finish come the end of the season have been dented in the past few weeks following home losses to Grove Menzieshill, Hillhead and Watsonians.  The boys currently sit 6th in Men’s National Division One on 11 points, four points off a top four spot.  Western, are one of three teams who are four points clear of ‘Dale and will hope to continue their form in a bid to catch league leaders, Grange.

No major changes for the M1s who will hope Struan Walker – the major plus to ‘Dale’s season so far – will be on top form to add to his 12 goals in all competitions already this season.

The Men’s 4s will begin the card of games at Titwood from 11.30am when they play Kelburne 5s.  The M3s and M5s will play both of Dumfries senior men’s teams in different locations.  The M3s play at home after the M4s from 1.00pm against Dumfries 1s, whilst the M5s travel to play Dumfries 2s at 2.30pm.  From 2.30pm at Titwood, the M2s face Men’s Regional Division One leaders, Edinburgh University 2s.  The two sides faced each other less than a week ago in the Men’s Scottish District Cup – with Uni 2s prevailing on penalty flicks following an intense 3-3 draw.

The ladies teams are all away, bar the L4s who host GHK 2s at Hutchesons’ Grammar School from 3.00pm.  The L3s will visit Women’s Championship Division One league leaders, Uddingston 1s from 1.30pm.  At the same time and in the same league, the L2s play away to Waverley Inveresk Trinity 1s.  The L5s will travel to Helensburgh to take on Loch Lomond 1s from 2.15pm, and the L6s visit East Kilbride 2s for a 3.00pm PB at Duncanrig High School.

As mentioned earlier, not long to go until the break so put in your best effort for your respective teams!