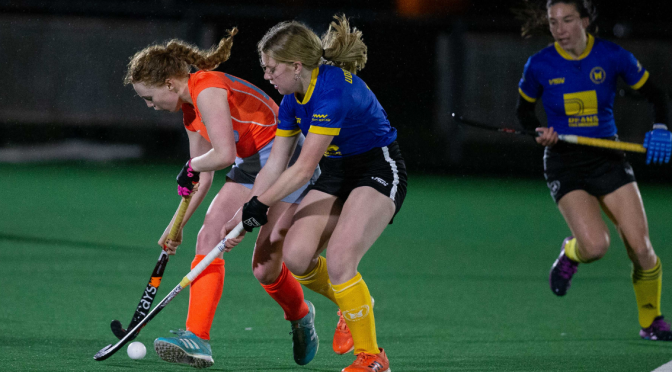 Clydesdale Western 3s hopes of a Scottish Cup upset were ended by a clinical scoring display from Women’s Premiership side Uddingston 1s on Friday evening at Titwood.

Playing their rearranged Second Round tie in the country’s premier women’s cup competition, Uddy 1s were 3-0 up by half time. But the home side found a route back into the contest early in the second half when Claire MacDonald instinctively deflected in. That goal unfortunately had an adverse effect and kicked the opposition back into life who added two quick fire goals to make it 5-1. And despite a solid effort from the L3s – many of who were facing Premiership opposition for the first time ever – the away side scored another two goals right at the end to make the scoreline even more comprehensive.

No such luck for the M4s on Saturday in the Men’s Scottish Reserve Cup Second Round either. Despite a stunning goal from veteran Russell Bradley, the M4s were beaten 8-1 at home to Men’s Regional Division side Edinburgh University 3s.

And Sunday completed the bad luck of cup games, as the L4s were knocked out of the Women’s Scottish District Cup in the typically cruel fashion of penalty flicks against Dundee University 2s. At home on a wet and soggy afternoon, the student side took the lead just before halftime. But the Titwood girls were level not long into the second half with a lovely finish from Lily Cornell to complete the game’s scoring all the way to full time. The shootout sadly finished 4-3 in favour of Dundee University 2s however.

Focusing on league action, the L5s claimed yet another hard fought point at Titwood against Stepps 1s on Saturday. Goals from Caleigh Emms and Lily McKaig contributed to a 2-2 scoreline in the Women’s West District Division Two clash.