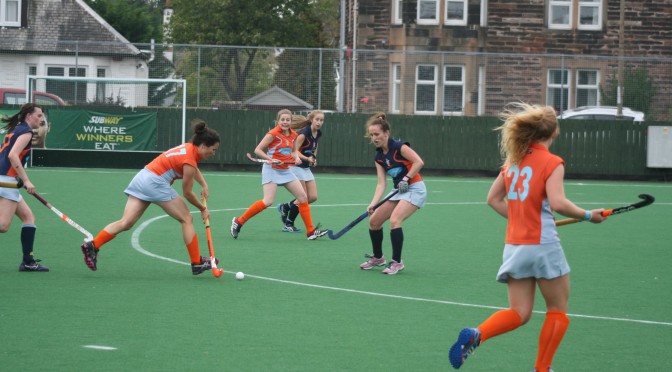 The W2s suffered their first loss of the season losing 1-0 to Edinburgh Uni 2s in another tight game.

PSL Clydesdale lost 4-2 to Grange Mens in Edinburgh, 4-0 down late in the second half  two goals late on were only a consolation. M2s were in Edinburgh too but lost 3-2 in another  closely contested game.

In the West District League’s top clash Western Wildcats 3s proved to be too strong for Clydesdale 3s running out 3-1 winners. Elsewhere the M 5s lost 6-0 to Rottenrow 3s and the sole success was for the Ms 4s who ran out 6 -1 winners vs Helensburgh with Eddie McLean scoring a hatrick and a debut goal for Alistair Ireland.