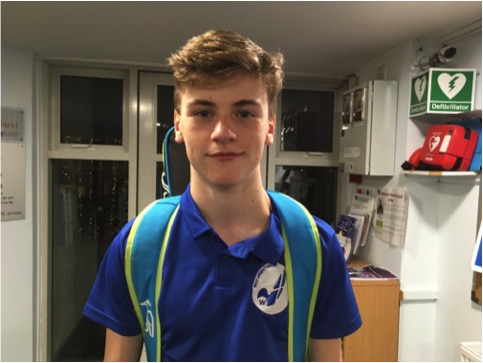 Clydesdale and Clydesdale Western are delighted to announce the beginning of ‘Player Profiles’ – individual interviews that will then be made available to read online.

In the first of a new series of profiles, Ally Walker will interview various club members to find out information such as their time at Clydesdale and Clydesdale Western and their future aspirations in hockey.  The first interview to be carried out was with youngster Ruaridh Callaghan as Ally reports:

After just two years at Clydesdale, Ruaridh Callaghan is a key member of the Men’s 4th XI and his three goals at the recent Under 16 Inter-Districts helped to bring home a silver medal.

Now in his third year at Mearns Castle High School, Ruaridh was introduced to hockey at Kirkhill Primary by Irene Clark, mother of Clydesdale’s Steven Clark – thank you, Irene!  From there, he began Clydesdale life at Friday night “Jockey” thanks to the help of hockey chairman Donald Amour and David “Santa” Mackie.  Ruaridh then advanced quickly on to be coached by club coach Ciaran Crawford at the Boys’ Performance training sessions on a Tuesday night.

When asked about his hockey hopes and dreams, Ruaridh didn’t hesitate by saying, “I want the 4s to win the league this year. Next year, I want to trial for the Scotland U16s and ultimately, I want to progress to reach the Men’s 1s.”

All achievable, Ruaridh – go for it!