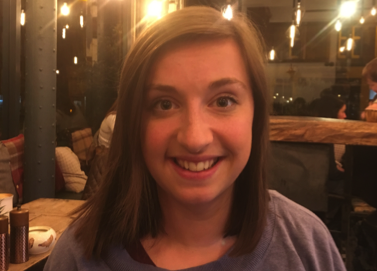 With 2020 underway, and the outdoor season about to make a return, we have another ‘Player Profiles’ interview ready.

Rhona McGregor joined back at the start of the 2018-19 season, and has regularly featured in Clydesdale Western’s 2nd XI. With the challenge of juggling work and hockey, reporter Ally Walker managed to meet with Rhona to discuss how her time at Clydesdale has been:

After finishing her medical degree at Dundee University, where she played for the Uni and for Grove Menzieshill, 25 year old Rhona McGregor has found her hockey home at Clydesdale.

Encouraged by the enthusiastic recruiting of Lesley Cosh and Nicky Wilson, Rhona joined the 2s last year and has been enjoying not just the hockey, but the social side of ‘Dale too. She said: “Most of the 2s are in their 20s, with professional jobs to juggle with training and it makes a nice change to be surrounded by people who are, mostly, not medics. (Susie Allan and Karin Belch will know what I mean!)”

Rhona is no slacker though when it comes to competition. Previously a sprinter, she was a hair breadth’s away from breaking the 4×100 metres Scottish record as a school girl. And she’s still looking to push herself, having hung up her spikes and committed to hockey. She told me that’s another reason she was drawn to ‘Dale. “The fact that the 2s are in the Championship League was really important to me as that means we get to play a high level of hockey each week, yet the team understands if shift patterns mean I sometimes can’t get to all the training sessions.”

After a bit of a rocky start for the 2s at the beginning of the year, Rhona is optimistic for this season, with numbers increasing at training sessions and coaches working the team on different skills. She said: “We’re grateful to Nicky Wilson for coaching us last year and to Lesley Cosh helping to coach this year and also for the sessions where Paddy Lonergan put us through our paces. This year Donald Amour is coaching us at weekends – having him on the sidelines is making a really big difference, letting Nicky and Lesley get on with the game. And now Fran Lonergan from the 1s is coaching us on Wednesday evenings. It’s typical of the club that people just step up to help – another reason to like the ‘Dale!”

In fact, Rhona was liking Titwood so much, she recruited her “other half” Ben Wilson, who started this season in defence for the Men’s 1st XI. And yes, he comes to her games sometimes and provides some tips afterwards.

Maybe Ben, you can provide Rhona and the 2s with some advice on how to beat those pesky 3s – the Ladies 3s have won two of the last three matches against the Ladies 2s since Rhona’s arrival!