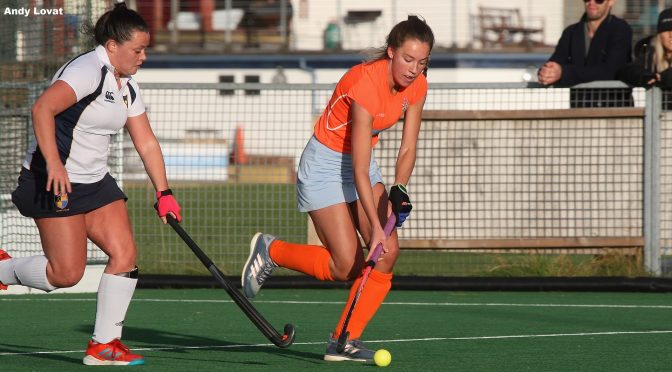 Next up in our series of Player Profiles is 17 year old Bronwyn Shields, who has clearly been on a winning streak with Clydesdale Western.  Ally Walker caught up with Bronwyn to discuss her time at Clydesdale Western and her future hopes in hockey:

2018 has possibly been the best hockey year of Bronwyn’s life.  In her first year with the Scotland Under 18 girls team, she went to the EuroHockey U18 Girls Championships II in Rakovnik, Czech Republic and returned with a gold medal.

Bronwyn and her fellow teammates in the Clydesdale Western 1st XI team are sitting at the top of the league and still in the Scottish Cup.  As part of the West District Under 18s side, they won the Inter-District tournament in September and her Glasgow Thunder Development team in the new Women’s Super Series in December – well, they won too!

But there’s no time for Bronwyn to kick back and enjoy the ride as she’s off to Vienna with Clydesdale Western in February for the 2019 EuroHockey Indoor Club Trophy and it won’t be long before the Scotland Under 18s training kicks in too.

Clydesdale and Clydesdale Western are very proud of Bronwyn’s success but she was quick to thank “Team Clark” for introducing her to the beautiful game.  Bronwyn said, “Brian and David Clark started an after-school club at St Fillans Primary and I went along when I was 8.  From there I was introduced to Friday night “Jockey” and then all the hockey camps.  I remember everyone being really friendly and welcoming and I stayed and moved through the youth programme.”

And aren’t we glad she did.  Looking to the future, Bronwyn is applying for university and setting her sights on the Scotland Senior Squad and one day to getting all the way through to the Great British hockey programme.

It certainly looks like she’s on the right track!