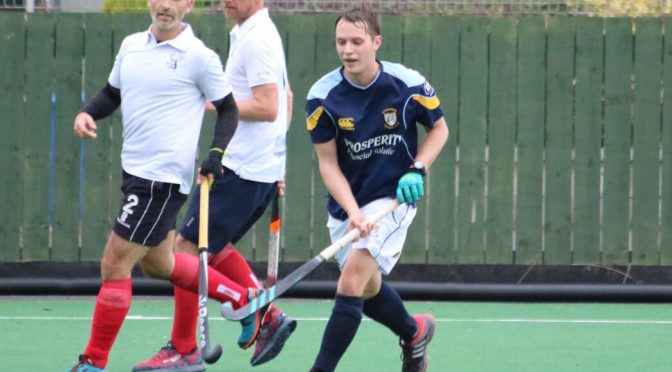 It’s been a while, but ‘Player Profiles’ is back!

Almost five months since we reported on our current Clydesdale & Clydesdale Western members, and a lot has gone on since then – including Alex Ingram, who joined in 2017, becoming Men’s 2nd XI captain.  Talking about life at Titwood, there was no better time to meet with Ally Walker who reports:

Alex Ingram is made of stern stuff!

After a tough Tuesday night training session in torrential rain he came straight off the pitch, dripped a bit and sat down to have a chat.  Now in his third year with Clydesdale, Alex is captaining the M2s and is now halfway through the outdoor season.

Alex began with, “We’re going to push on this year – last year was pretty tough and we had to fight hard. But we’ve got some experienced players back after injury and work commitments and that’s going to strengthen the team considerably. It was good to get a comfortable win over Kelburne to get the league started, and have collected a few more wins along the way!”   Since that opening day 7-2 win against Kelburne back in September, the Men’s 2s are fifth in Men’s Regional Division One, and are certainly holding their own as they look to keep up at the top end of the table.  Very much an improvement from last season’s second bottom finish.

28 year old Alex says he’s a bit of hockey nomad.  Originally from Bristol, he first played played hockey at school in Newcastle from the age of 13.  Then, with some help from a local hockey development coach, he and some of his school teammates launched a brand new club team, the Newcastle Mens’ Club, which continues to thrive in the north east.  After school, Alex moved north to study at Strathclyde University, where he played for four years, winning the BUCS Cup in his final year.  He then worked away for two years before Glasgow drew him back again and he found his hockey home at Clydesdale.

Alex believes one of ‘Dale’s real strengths is its friendliness.  “There aren’t many clubs where you can turn up from a different part of the country and instantly find a friend group.  And I also really like the way that the mens’ and womens’ teams are all part of the same social group and support each other’s games.”

Alex claims he’s been thrown in at the deep end as Men’s 2s captain and he certainly looks a little drowned from the main cover photo!  And being someone who founded a hockey club as a teenager, it seems to me Alex will cope just fine.