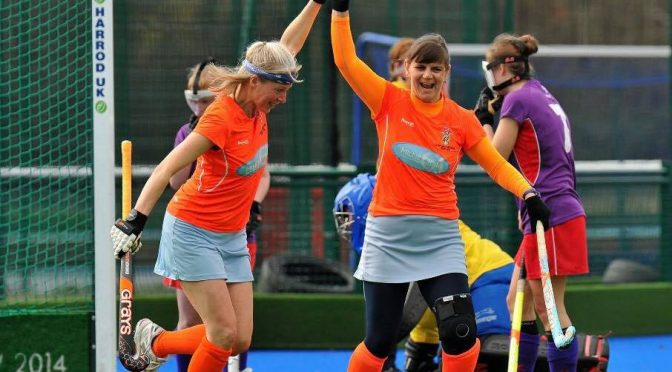 Both Men’s and Women’s 4th XI’s seal wins, whilst the both 3rd XI teams are held.

Clydesdale Men’s 3s hopes of catching Men’s West District Division One league leaders Uddingston were dealt a blow after being held to a 1-1 draw with Western Wildcats 3s at Auchenhowie.

The M3s took the lead after resisting heavy Wildcats pressure through Colin Gambles.  But the home side scored a deserved and superb equaliser to leave both teams with an equal share of the points.  The result means Peter Justice’s team sit 3rd, six points off top spot.

Clydesdale Western 3s missed out on the chance to move level with Edinburgh University 3s in the Championship Division One table after drawing with Haddington at Titwood.

Gill Green scored a late equaliser after the L3s, without a goalkeeper, fell behind to Haddington.  The result means the L3s are two points off Uni 3s in 4th, although they do have a game in hand over their Edinburgh opponents.

Despite having no goalkeeper, the 4s rallied with a superb goalscoring display which featured a hat-trick from club top scorer, David Sturgess.  Roddy Shaw, Ian Hall, Sandy Craig and Ruairidh Callaghan scored the others.

Clydesdale Western 4s steered further away from the relegation zone of Women’s West District Division One thanks to back-to-back wins against East Kilbride.

On Saturday at Duncanrig High, the L4s sealed to a 4-0 win, before winning 5-0 at Titwood the following day.  Veteran Ellen Murray scored a brace and Karen McQuarrie scored one in both games.  Sophie Redpath was the other goalscorer on Saturday whilst Kate Galbraith and Sarah Kelly scored the other two on Sunday.  The L4s now sit 6th, eight points clear of EK in 9th place.

Clydesdale Western 6s lost 4-1 to Hillhead 4s at Windyedge on Saturday to remain in the relegation places of Women’s West District Division Three.

Aaliyah Sandhu’s goal was to no avail, as the L6s remain 10th in Division Three.  The L6s do have two games in hand on near opponents Ayr, with only goal difference separating the two sides.