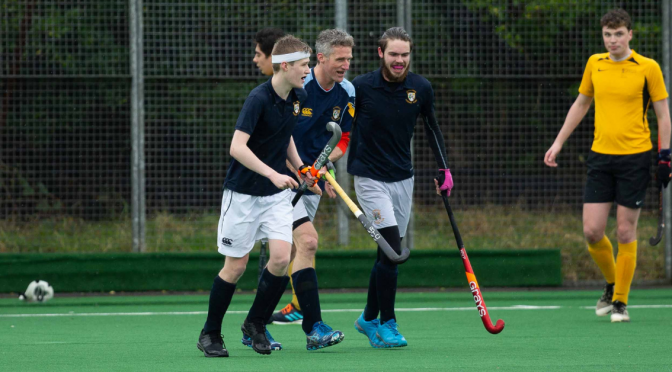 Clydesdale 3s returned to winning ways in Men’s West District Division One with a comprehensive win over Glasgow University 3s at Titwood on a wet and windy Saturday.

The returning Ali Bleach was on the scoresheet, as to were Ben Moulson, Colin Gambles and Robin Ferguson to give Craig Bradley’s side a 4-0 win.

The M5s secured only their second win of the season in Men’s West District Division Three after they took three points away from Helensburgh 3s. Ross Furmedge, Zain Bhatti, Nathan Bean and Derek Park – on his farewell appearance – got a goal each in a 4-1 win that leaves the M5s within three points of four teams above them in the league.

Meanwhile in Women’s West District Division One, the L4s surrendered a two-goal lead to East Kilbride 1s in a late passback at Titwood. First half goals from open play by Cath Stirling and Shona McConnell put the home side in complete control. But EK halved the deficit midway through the second period before scoring a counter attack goal minutes from the end.

The L6s sadly lost 3-1 to Hillhead 4s in Women’s West District Division Three. Despite the loss, the performance was much improved from the last time Rachel Brewer’s side faced the Jordanhill side in a 12-1 defeat back in October last year. Anna Campbell was the L6s goalscorer.