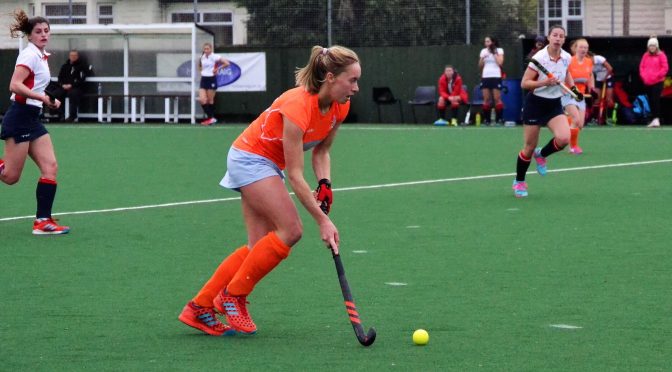 Clydesdale’s recent woes continued on Saturday after slipping to a narrow defeat to near neighbours Hillhead at Titwood.

Despite taking the lead through Ciaran Crawford, the visitors regrouped to devastating effect by scoring three goals.  Crawford scored a second to pull one back for the home side, but Hillhead hung on till the very end to take three points and secure their third league win in a row.  In stark contrast, it was Clydesdale’s third league defeat in a row and drops them one place in the Men’s National Division One league table to 6th.

Clydesdale 1s have two games remaining before the indoor season begins, starting with a visit to Dalnacraig to play Dundee Wanderers on Saturday (11th).

Clydesdale Western scored six to beat Hillhead Ladies at Titwood on Saturday to maintain the pressure at the top end of the Women’s National Division One.

Two goals from Emma McGregor and a goal each from captain Ali Howie, Millie Steiger, Lexi Sabatelli and Lucy Lanigan gave the home side a fairly routine win.  ‘Dale Western remain in 2nd place, four points off Edinburgh University.  The L1s next play on Sunday against Dundee Wanderers at Dalnacraig in their bid to keep up their recent form.

Both 2nd XI’s find themselves top of their respective leagues after differing results.  The M2s snatched a 3-2 win, scoring their final two goals in the last five mins to leapfrog Watsonians in the Regional Division One table.  David Clark scored the opener, before ‘keeper Grant Scott saved a penalty at 2-1 down.  Andy McAllan and Blair Paul went on to score a goal each late on to give the M2s the win.  The L2s remain top of the Championship Division One table by three points after their 2-2 draw with Edinburgh Uni 2s.  Julie Lonergan scored a brace to give the L2s an equal share of the points.  The M3s bounced back from their heavy defeat to Ayr the previous weekend by thrashing Glasgow Accies.  David Sturgess made it 13 goals for the season, as his hattrick sent the M3s on their way.  Colin Moulson (two), Conor Oliver and Donald Amour scored the others in an 8-1 win.  The M4s opened up a ten point lead at the top of the Men’s West District Divsion 3 table after beating Kelburne 5s 3-2 in an entertaining contest.  It was youngsters Ethan Roberton, scoring two, and Sandy Craig with the goals for the M4s.  The M5s similarly had an exciting contest against Oban 1s at Lomond School, but sadly went down 4-3.  Thomas Murray scored two and Foster Harrowell grabbed one in consolation.  The L4s difficult start to their season continued as they lost 6-2 to Rottenrow Bluesox.  Veterans Ann Menzies and Ellen Murray scored, but the result means the L4s have still yet to pick up a point this season.  The L5s easily saw off the challenge of Hillhead 4s, winning 4-0 thanks to two goals from Lauren Halley.  Lucy Arnold scored her first Clydesdale Western goal since her transfer from Uddingston, whilst Lucy Anderson scored the fourth.  The L6s picked up a valuable point away to Ayr 2s – Rhona Weir scoring for the visitors.

Well done to all of our teams this weekend, especially to the M2s, M4s and L2s who sit top of their respective leagues!